Devil May Cry 4 arrives on PS3 and Xbox 360 Consoles 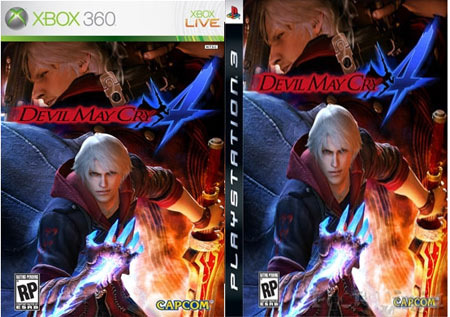 As promised, Capcom has delivered its much-awaited title ‘Devil May Cry 4’ for the Xbox 360 and PS3 consoles. The game is finally here in all its glory and fans of Dante will surely be pleased with the wait! However, there seems to be a minor glitch with the loading time of the disc.

Devil May Cry 4 is set in a gothic supernatural world where a new protagonist Nero clashes with the main character Dante. As Nero, players unleash powerful attacks using his “devil Bringer” arm. But, all those who love Dante, will not be upset, as they will get to play as the main man himself.

Other than the new character, Devil May Cry 4 also includes new active-style change system that allows players to switch Dante’s styles and weapons whenever they feel like it!

Yet another addition to DMC 4 seems to be the new “Exceed System” that allows Nero to change his sword with a throttle effect with ease!

For the Dante fans, you might find the Collector’s Edition to be worth its price of $79.99. You will get a special two-hour Devil May Cry: The Animated Series anime disc along with the game. Further, all you DMC fans will also get the first four episodes of the 12-episode anime series as well as second bonus DVD that contains a “making of” feature, soundtrack of the Devil May Cry 4, a digital art book with images and sketches from the development team, wallpapers, icons and screen savers. What more could one ask for?

However, here comes the bad news. When PlayStation 3 users tried to install DMC 4, it took almost 20 minutes to install and load.

Capcop’s Chris Kramer responded to the queries by saying, “It’s true. The first time you drop your DMC 4 Blu-Ray disc into your PS3 tray, you’re going to be treated to an exciting 22-25 minute load process as the disc spins a few gigs of data onto your hard drive.”

To make up for this lost time, Kramer said that gamers are treated to a “nifty series of screens that completely catch you up on the DMC 4 backstory,” while the game is loading.

However, if this is not your thing, then Kramer also offers a superb alternative. “If you don’t want to watch the previously, on Devil May Cry..’ portion of the install process, go make a sandwich and grab a soda, then come on back,” quipped Kramer.