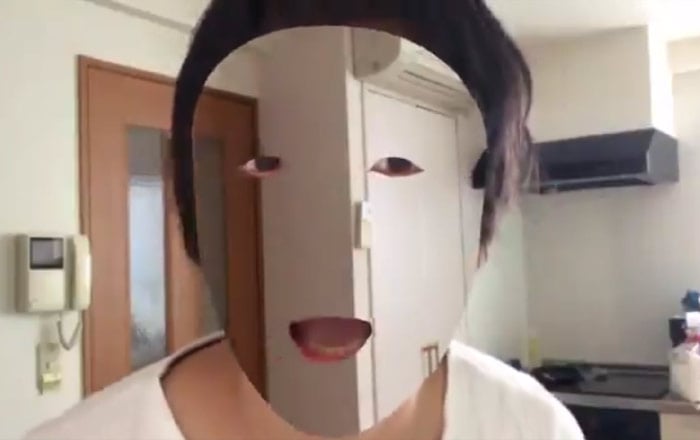 Developers are still exploring new ways to utilize the iPhone X’s face tracking skills, ranging from wacky to actually useful apps. A Japanese developer named Kazuya Noshiro has created quite a ripple on the internet with an unsettling new video which shows off his “optically camouflaged” transparent face.

The 10-second video sees Noshiro moving around with only his eyes and mouth visible to the camera and his background clearly seen through the outline of his face. It’s a very clever use of the iPhone X’s TrueDepth camera, although it’s not clear how this feat was achieved.

One person guessed that he had used a fixed camera position to shoot a background. Noshiro confirmed this in a follow up tweet. Basically, he pre-recorded the static background and then masked his face so that his surroundings could be inserted.

Noshiro, who is the CEO of a gaming company called ViRD, made the app on Japanese game development platform Unity. He’s unsure of what to do with this beauty mask-like camouflage though. Perhaps an AR-based game could be in the works.

Apple’s been placing a heavy emphasis on augmented reality with the release of iOS 11 and ARKit. It courted controversy about a month ago when it revealed that it would share face mapping data from the iPhone X with third-party developers, raising concerns about privacy. Perhaps it’ll be worth it if we get to disappear with our very own invisibility cloak.