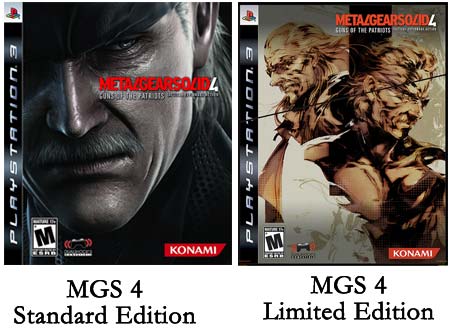 Everybody knows that Metal Gear Solid 4: Guns of the Patriots is releasing in North America on June 12, 2008. However, before that Sony has some announcements to make regarding its superhit game.

The starter pack will be packed with information regarding the game play such as maps, weapons/items, an in-depth character creator – where the character can be personalized, and most importantly customized – with special abilities that can be “leveled” and improved through experience, the SOP system.

The preorder program of Metal Gear-4 begins will offer gamers Metal Gear Saga Vol. 2 DVD. This DVD will offer extensive original video content of interconnected history between all of the “Snakes”: Big Boss (Naked Snake), Liquid Snake, Solidus Snake and Solid Snake. The DVD will also incorporate a compilation of the MGS4 trailers to date and a special Prologue video to MGS4. 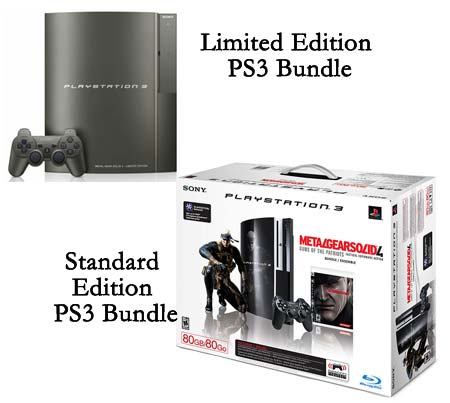 Unlike regular PS3 bundles, the Metal Gear Solid 4: Guns of the Patriots PlayStation 3 hardware bundle will be available in white box. An 80GB PS3, a PS3 DualShock 3 controller and MGS-4 game will be bundled.