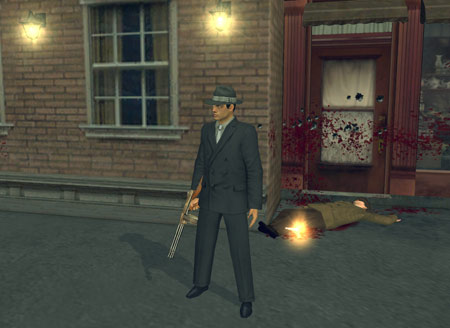 Electronic Arts (EA) and Paramount Digital Entertainment officially announced their upcoming game, The Godfather II. It is the successor of the Godfather game, which was released in 2006. The game is inspired by Mario Puzo’s novel Godfather and the novel based movie which was released in 1972. However EA claims that the upcoming game will go beyond film’s story by setting players in the world of organized crime in 1960’s Florida, Cuba and New York.

After being promoted by Michael Corleone to Don of New York, players can expand to new cities. They can build up their families through extorting businesses, monopolizing illegal crime rings and defeating new families in an effort to become the most powerful mob family in America.

For the players, to manage their empire efficiently the game will feature The Don’s View. The new feature will enable users to oversee the entire world as they grow the family business. Also they can build, defend and expand their crime rings and simultaneously keep an eye on the movements and plans of the rival families. Moreover, they will also learn to master the business of organized crime by building a family of Made Men, hiring crew, handing out orders, and promoting their best men up the ranks.

The Godfather II game will also come with signature BlackHand control scheme, which will offer players even more visceral hand-to-hand brutality at fingertips as compared to the predecessor. A new combo system, pressure tactics and executions are also included in the new game.

Apart from that, player will be armed with hand-picked crew, who will have their own skills and expertise. Each of the family members will be specialized in a specific field like demolitions, arson, engineering, first-aid and more.

“In the 1960’s, a mafia Don was only as strong as his family,” said Hunter Smith, Executive Producer of The Godfather II. “We found the hierarchical culture of organized crime intriguing. Running an organized crime family in a world defined by family loyalty is something that we felt could introduce a new strategic element to the genre. That is what the Don’s View is all about — laying out a strategy to pick off the competition one by one. The Don’s View is so unique, it could fundamentally change the rules of open-world games by blending action and strategy to create something entirely new.”

“The Godfather has become an exceptional gaming franchise for the Studio,” stated Sandi Isaacs, Senior Vice President of Interactive and Mobile for Paramount Digital Entertainment. “The videogame takes the story and gameplay to the next level with an innovative open-world action strategy that is both compelling and intriguing for gamers.”

EA plans to exclusively premiere The Godfather II game trailer on GameTrailers TV with Geoff Keighley on Friday, August 15th on Spike TV. The trailer will then be made available at http://godfather2.ea.com on August 18th. The game is expected to hit a variety of platforms including Xbox 360, PlayStation 3 and PC by February 2009.