Popular OEMs including LG, HTC and Samsung already have their new flagship phones out, but Motorola fans will have to wait till this September to see the company’s next big thing. Nevertheless, the device which is being called the Moto X gen 3 has already created quite a buzz in the rumor mill and a new report has surfaced claiming to have in-depth details on the phone’s hardware.

Word out is that the new flagship phone will be a rather huge upgrade over the current model which despite its great design and software features, falls shot in multiple aspects. The Motorola Moto X 3rd gen model will feature Android 5.1.1 Lollipop out of the box which is highly possible considering that the company is soon to release the latest OS to its current smartphones.

Like the Galaxy S6 and One M9+, the upcoming Motorola flagship will also make the move to a 2K display. The screen will be a 2560 x 1440 pixel AMOLED panel of 5.2 inches in size. Additionally, the front camera will be a 5MP shooter, while the rear snapper is said to be a 16MP sensor. 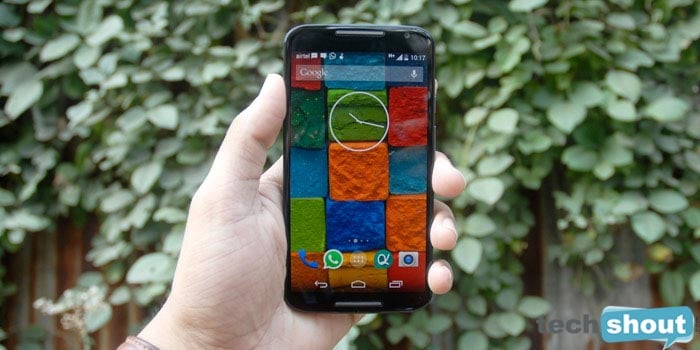 Motorola will be including its Clear Pixel technology here, but there’s no word on whether it will implement other features including OIS. And if you’re expecting to find the top-tier Snapdragon 810 processor onboard, the company might pull an LG and go for the hexa core Snapdragon 808 instead. The embedded RAM and battery capacity have also been boosted, as per details provided by STJSGadgets.

Also read: Android 5.1 will be a huge update for the Motorola Moto X 2014, soak tests are on

As mentioned above, the Motorola Moto X gen 3 smartphone will be making its debut this September, probably during the IFA 2015 expo.