We’re just hours away from Samsung launching its latest Galaxy Tab S line of premium tablets and while we’ve seen details about the 10.5-inch and 8.4-inch models get leaked time and again, a recent report seems to have most of the technical details regarding the two devices. Everything from the processor, to battery capacity to weight of the slates has been divulged.

@evleaks has got his hands on the entire roster of features and has been kind enough to share. While we know that the Samsung Galaxy Tab S slates will come with octa core Exynos processors, there will also be a Snapdragon variant which will obviously be targeted at select markets with LTE. We’re still to confirm whether the company will implement the Snapdragon 800 or 801 chipset here. The ones with the company’s in-house chips will sell has Wi-Fi-only options. 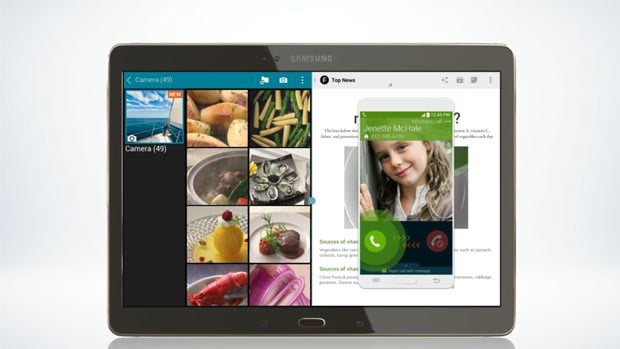 The leakster has also confirmed the screen resolution for both 10.5- and 8.4-inch models to be 2560 x 1600p WQHD and while 3GB of RAM is standard, there will be storage options of 16GB and 32GB. Apart from these components, the slate will also carry a 128GB compatible microSD card slot, an 8MP rear camera, a 2.1MP front snapper and run on Android 4.4 KitKat. A previous leak highlighted that the company will implement new software enhancements including the ability to pair your smartphone and also receive calls.

Be sure to check back later today for confirmation on the specs and other features when the Samsung Galaxy Tab S series goes official.