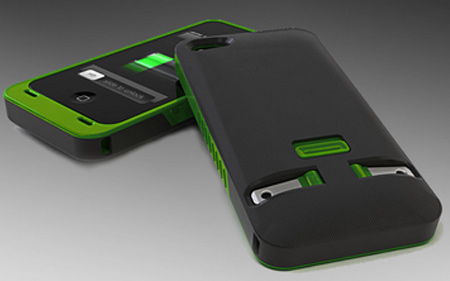 The Detached JuiceTank case for iPhone 4 and 4S aims to bring cordless charging into the picture and it has now surfaced on Kickstarter. Something that may go down well with Apple handset users is that the shell not only serves as a protective case, but also enables wireless charging of the smartphone.

The case has been created from polycarbonate to provide ruggedness and strength, while maintaining a sleek design that doesn’t add much bulk. The key aspect of the offering is the incorporated charger which can be instantly plugged into a socket. With a single press of a button, the automated plug folds in when not in use. And a tap of the button is what it will take to get the plug out when the Apple smartphone is running out of juice.

“I had a bad habit of leaving my charger at home and getting stuck with a dead cellphone,” shares Detached founder Jesse Pliner. “The JuiceTank is the perfect answer to this common problem, remarkable in its simplicity. When your case is your charger, you have everything you need to keep your iPhone looking great and fully charged at all times.” 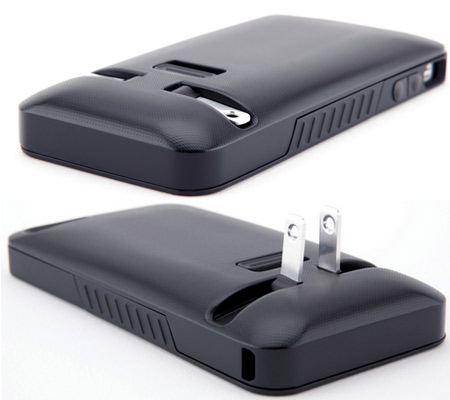 Brainchild of Jesse Pliner and Lloyd Gladstone, the project has been launched on Kickstarter and individuals can back it by pledging certain amounts, beginning with $1. Folks wanting to put in $75 will be entitled to receive the limited edition Kickstarter JuiceTank that is complete with green accents. Pledging $250 will get them 5 JuiceTank cases and on donating $350, backers should receive 5 accented limited editions.

The Detached JuiceTank case for iPhone 4 and 4S price will be marked at $70. Early adopters contributing to the project can pick it up for $55.