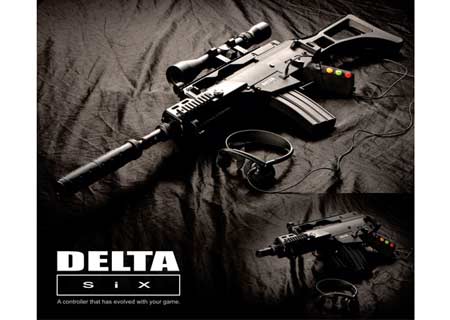 With the Delta Six price details in the wild, the makers of the N-Control Avenger add-on for the Xbox 360 and PlayStation 3 are a step closer to launching their latest creation. This piece of hardware is designed to add a ‘competitive edge’ in certain FPS titles such as Black Ops II.

We’ve seen a lot of gun-designed controllers at video game arcades. So what sets this one apart from the others? For start’s, it packs in an accelerometer which can be used with almost any FPS game. To top it off, the device can be used at a distance and in the words of the company ‘calibration is not a factor in playing.’ The targeting system implemented here is said to be quick and doesn’t take much effort as minor adjustments are all that players will have to carry out to aim more accurately.

Kotkin Enterprises has created the Delta Six to take on multiple shapes. For instance, when the barrel is removed and the stock is collapsed, it converts into a SMG from an assault rifle. And on reversing the steps plus extending the barrel, players will be able to transform the controller into a sniper rifle. Additionally, gamers will have to perform real-life activities to carry out certain tasks in-game. They include removing the magazine to reload and real-time aiming though optics placed on the device, amongst others.

According to David Kotkin, the brains behind this invention, the controlled is capable of topping the capabilities of regular ones, even those equipped with an Avenger adapter. Well, based on what we see, this device falls in the same category as the Move and it could even be compared with the Kinect. Kotkin also went on to say that his invention isn’t designed for kids, instead it’s crafted specifically for adults above 21 years of age. 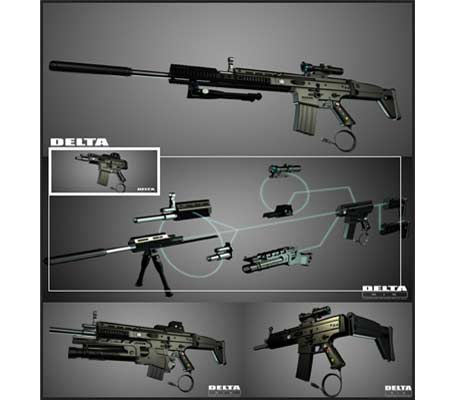 If whatever the company has stated holds true, the Delta Six is surely one controller FPS fans will be looking out for. According to Engadget, the release date details aren’t officially disclosed, the device will retail at $89.