Dell has so far only been focusing on the budget market with its Android tablets, but that could change with the upcoming Venue 8 7000. This slate is nothing like you’ve seen before and it packs some pretty interesting features such as 3D imaging, a 2K display and an Intel processor.

The Dell Venue 8 7000 was displayed at the Intel IDF 2014 where its features were showcased. Design-wise, the tablet offers a premium industrial look with a metal form factor. It’s also the slimmest there is measuring just 6mm. This makes is a tab thinner than the 6.4mm Xperia Z3 Tablet Compact and the 6.35mm HiSense Sero 8 Pro. 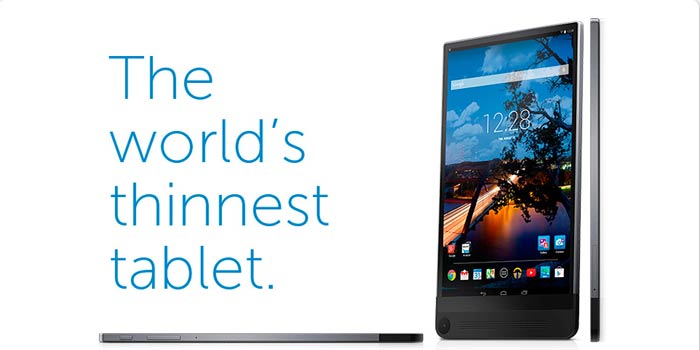 The front panel packs an 8.4-inch OLED display with 2560 x 1600 pixel 2K resolution, capable of rivaling Samsung’s Galaxy Tab S. And if that wasn’t enough to get you excited, the bezel size here is the smallest we’ve seen on a tablet till date. Excluding the lower part of the slate which provides shelter to the front camera and a stereo speaker, the rest of the design is mostly all-display.

Also see: Nexus 9 is what Google and HTC’s new tablet will be named, could come out this month

The Dell Venue 8 7000 slate is powered by Intel’s quad core Atom Z3580 processor which clocks in at 1.6GHz (up to 2.2GHz in turbo). Then there’s the RealSense Snapshot Depth Camera tech from the chip maker which enables advance imaging features. Dell has taken advantage of this and thrown in an 8MP snapper with dual sensors which capture depth data just like HTC’s Duo Camera setup. 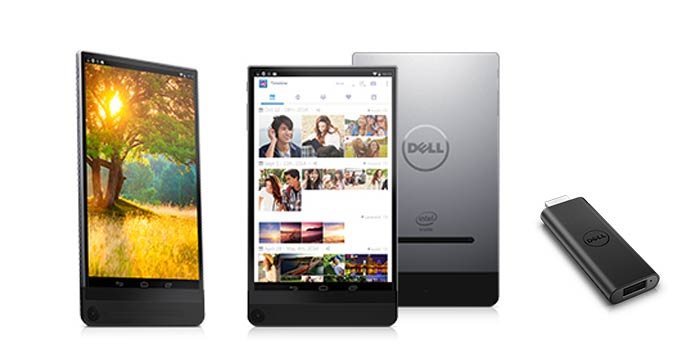 There’s no price as yet for the Dell Venue 8 7000, but you can expect it to cost a premium when it goes on sale during the holidays.