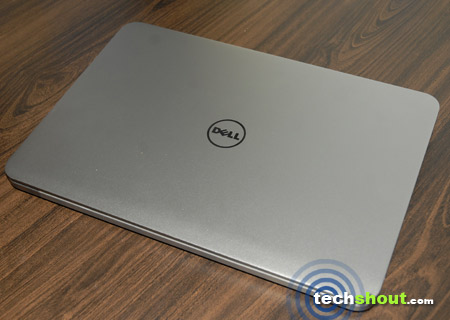 We’re all geared up to review the Dell XPS 14, considering that we had a splendid experience with its predecessor, the XPS 13, back in May. Let’s come clean here, we’re more likely to pick a laptop that’s somewhere between the HP Pavilion dm4 and the XPS 17 which falls in the desktop replacement category, instead of an Ultrabook. Intel-inspired rigs are indeed extremely portable, but they don’t quite fit the bill for being an all-purpose player. What we mean is that you could carry out processor-intensive tasks and get stuff done smoothly, but you may not have been able to run and enjoy demanding games with the integrated HD graphics. Well, all that’s changed now with the arrival of the latest generation Ultrabooks. And we’re about to go hands-on with a recent member of this lineup, so sit tight and read on if you want to know what’s in store here. 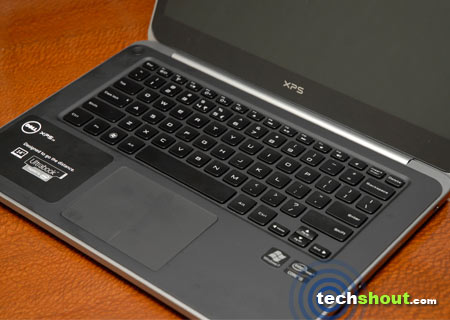 Our experience with the XPS 13 was something like love at first sight. And we’re quite happy to see that the Round Rock manufacturer has managed to maintain an elegant appearance for the Dell XPS 14 in spite of the slightly tweaked design. The first iteration in the series measured a mere 18mm at the thickest point and 6mm at the tapering front. The one we’re reviewing today is balanced out, sticking to a thickness of 20.7mm all over. It’s even heavier than its predecessor, tipping the scales at 2.1kg. The aesthetically pleasing form factor is the result of precision-cut machined-aluminum that’s crafted from a single block of silver metal. On the upper lid you’ll find the Dell logo embossed at the center, surrounded by nothing more than a clean and smooth, not to mention professional looking, surface. The manufacturer has allocated the majority of the ports, excluding the 3-in-1 card, the 3.5mm headset jack and the mini Kensington lock, to one side. 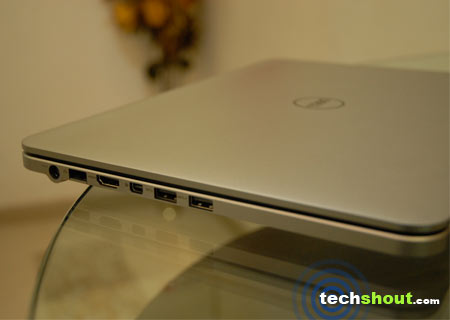 Listed out in order, the left side features a charging socket, an RJ45 port modified to fit into the slim chassis, an HDMI port, a Mini DisplayPort and 2 USB 3.0 sockets. On opening the lid, you’ll be presented with a spill-resistant backlit chiclet keyboard and a glass touchpad with gesture support, surrounded by a magnesium palm rest with soft touch paint. The trackpad can get a bit annoying to use at times. We blame that on the device’s rubberized surface which tends to attract sweat residue. So if you’ve got sweaty hands, you’re likely to find the surface a bit rough and let’s not get into details about what happens when you try to clean it up (we’re assuming you’ve already guessed). Flip the laptop over and you’ll see a similar layout as in the previous iteration. A metal plate at the center with the XPS logo, safely houses all important info such as the serial key and model numbers. Just above it is the air vent for keeping components from burning up, while the lower part which looks identical to the vent, houses dual stereo speakers. 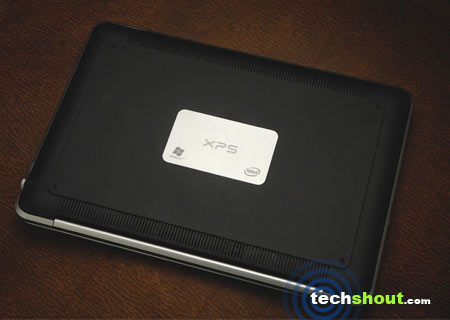 An Ultrabook initially meant a minimalistic laptop design which inevitably led to shredding off all the components that were either redundant or not of high importance. Well, the tables have now turned and the revised class of laptops dubbed Chief River by Intel can now pack in more hardware and maintain a slim form factor in the bargain. The latest offerings from this category have managed to cramp in a discrete GPU, an optical drive and a host of other components that once took up a lot of space. Here’s what the XPS 14 has to offer. You’ll basically have options of third generation Core i5-3317U or i7-3517U processors. The former one is what our review unit packs in, featuring dual cores, a base clock speed of 1.7GHz (max 2.6GHz in turbo mode), and HD graphics 4000. You’ll also find an Nvidia GeForce GT 630M GPU with 1GB GDDR5 VRAM. Memory options include 4GB or 8GB of RAM and 512GB of SSD or 500GB of SATA HDD storage. Other features sum up to a 14-inch HD+ Truelife Infinity display, Waves MaxxAudio 4 audio and a 1.3MP webcam with dual microphones. 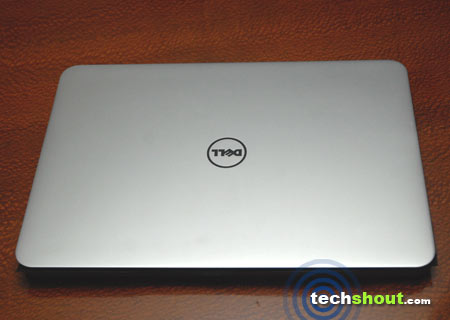 Let’s start from scratch here – the Dell XPS 14 manages to boot up in under 20 seconds and it has a resume time of just 2 seconds – while shutting down, it takes no longer than 4 to 5 seconds. The laptop ships with Windows 7 and the company is offering Windows 8 as well. While everything looks amazing, the display didn’t quite impress up in terms of clarity. Sure, an HD+ resolution is much better than simply 720p, but we had our hopes high for a 1080p panel this time. The OS operates smoothly and this time, the multi-touch trackpad, unlike the one in the XPS 13, actually works, like a charm that though. Compared to its predecessor’s score of 3353, this notebook manages to achieve a total of 7270 when benchmarked with PCMark Vantage. That’s a steep rise in performance and the credit goes to the Ivy Bridge i5 processor as well as the Nvidia GPU. 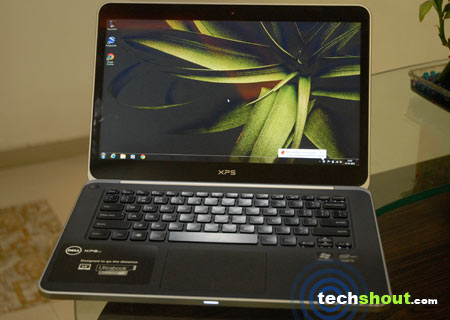 We decided to put the device to the test and threw in Dishonored, a stealth action game. With all settings maxed out, we managed to derive a decent frame rate of 35fps, while the title topped at a maximum of 50fps. Performance here is really good and acceptable. However, Dell really needs to teach its laptops how to ‘play cool.’ We monitored the heat output on each component and to our surprise, the CPU and GPU were pretty steamed up at around 60 degrees Celsius. This is when the laptop was practically idle with not much going on beside Wi-Fi being enabled. During gameplay, we noticed a rise in temperature with both, the CPU and GPU, burning up at 70 to 80 degrees Celsius. 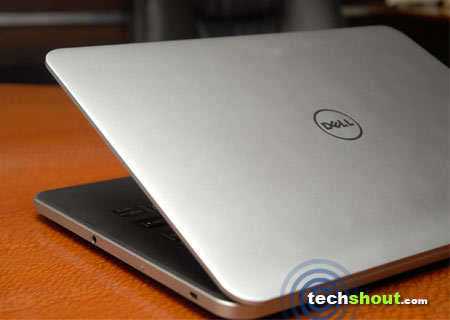 Well, the heat problem isn’t limited to the interior alone; it can be even felt on the outside. While the palm rest and the keyboard run a mild, yet troublesome temperature, the lower surface is where the heat flows in excess. Dell says that the XPS 14 can deliver up to 11 hours of battery life. Well, our tests have a different story to tell, managing to squeeze out approximately 6 and a 1/2 hours of activity with Wi-Fi turned on and brightness set at 70%. On intensive usage, we noticed a battery drain of 15% every 25 to 30 minutes. So if you plan on putting this rig to the test, you’d probable get not more than 2 and a 1/2 hours of activity time.

Performance is at no compromise as the Dell XPS 14 can run almost anything you throw at it, even demanding games.

The company has managed to fit in a couple of more ports and components, so that’s a big thumbs up from us.

A stupendous design is what the notebook is dressed in, we couldn’t ask for more.

The laptop is a bit on the heavy side placed against to how compact it looks.

An HD+ display is quite a good improvement, but we were expecting something more like a 1080p panel.

A lot has changed compared to the XPS 13, but Dell seems to have overlooked the heating problem.

So is the Dell XPS 14 really designed to go the distance? Well, we feel it can. As you see, performance isn’t a problem and we’ve got absolutely no complaints about the design. But if the company doesn’t put a lid on the heat problem, things might not work out well for the laptop in the long run. All-in-all, it makes one fine portable rig that not only looks good, but performs exceptionally well. We’re happily giving it an 8.8 out of 10 rating. Potential buyers in the US can pick up the laptop at a starting price of $1,099.97, while interested customers in India will have to shell out Rs. 79,990 for the base model.