Dell has officially unveiled its flexible XPS 13 2-in-1 just a day after it was accidentally leaked ahead of time by the brand. The company’s also come out with the new Ultrathin 27 Monitor (S2718D).

The XPS 13 2-in-1 is an ideal choice for someone who liked the InfintyEdge display of the original and wants a more customizable version of the laptop that can be rotated 360 degrees to 4 different modes. Dell claims the device’s minimal 5.2mm border translates to a 13.3-inch display being fitted on an 11-inch notebook.

Other than the freedom to bend the XPS 13 2-in-1 to their will, users will also get to take advantage of the latest 7th gen Core i5 and i7 Kaby Lake processors. The convertible sports a thinner and fanless design this time round, in addition to featuring a longer battery life. It can apparently go on for up to 15 hours when utilizing basic productivity apps and 9 hours when streaming Netflix.

One of the more drastic changes that Dell has implemented in its latest offering is the lack of USB-A ports. Instead, consumers will have to contend with just 2 USB Type-C 3.1 slots, one of which is a Thunderbolt 3 port, for charging and display functionality. The firm is trying to ease the transition along by bundling in a USB-A to USB-C adapter. 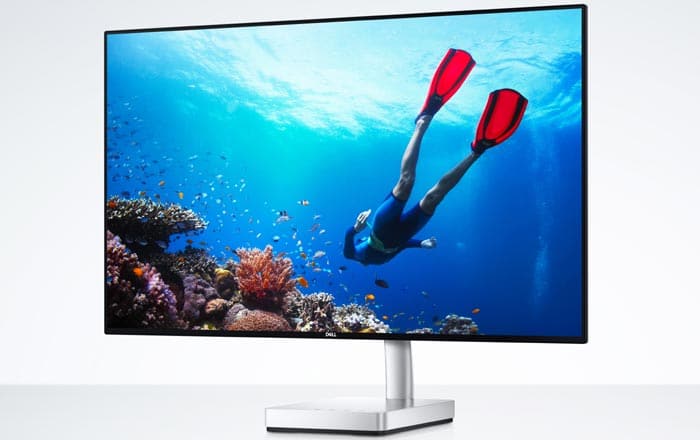 As for the Ultrathin 27, the brand touts it as the world’s overall thinnest monitor. It too comes furnished with an InfintyEdge display and outputs a Quad HD (1560 x 1440p) resolution. A USB Type-C port takes care of video/data/power cable management, alongside HDMI 2.0 and Audio line out support.