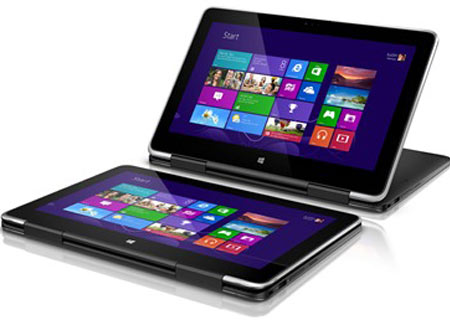 The Dell XPS 11 is the latest convertible Ultrabook on the block and it recently went official at the Computex 2013. Additionally, the Round Rock giant has also unleashed a refreshed lineup of notebooks and desktop PC carrying the latest fourth generation Haswell processors.

Delivering the convenience of a tablet combined with the productivity of a conventional notebook, the convertible comes with a 360 degree hinge design. This rig is basically a cross between the XPS 12 which is the company’s first hybrid and the 13 Ultrabooks. The device’s form factor allows users to conveniently switch from a laptop layout to a tablet profile by simply flipping the screen back and forth. The design approach highly resembles that of the IdeaPad Yoga from Lenovo. 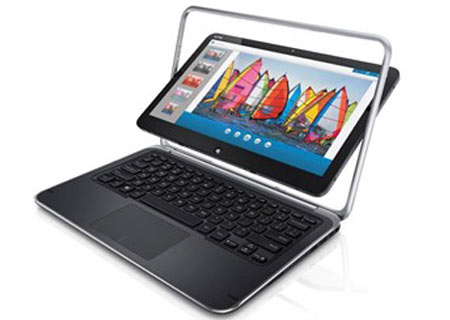 The laptop is crafted from premium materials, asserts the company. The top and lower panels are made from carbon fiber, while the thickness is set at 14.9mm. The overall form factor weighs a starting 2.5 pounds. Following the recent trend of high resolution screens, the notebook packs in a Quad HD 2560 x 1440p touchscreen. On the bottom part, there’s a backlit solid surface touch keyboard and buyers will be presented with various ports such as USB 3.0, HDMI and SD card reader. Other features comprise of a 4th generation Intel Core i5 processor, HD 4400 graphics, SSD storage and pen input.

The company also announced that the XPS 12 convertible has been given a speed boost with around a 63% improvement in performance. The battery life has been augmented as well, and it now offers up to 8 hours and 43 minutes of activity which is a surplus of 2.5 hours over the previous generation. NFC support has been included too. Next up is the XPS 27 AIO that features the latest 4th generation Core CPU, a Thunderbolt port, an Adobe RGB Quad HD display and discrete graphics amongst others.

The Dell XPS 11 Ultrabook is expected to go on sale later this year. Price and release date details for the notebook are yet to be announced. Apart from the aforementioned setups, the XPS 8700, OptiPlex 9020 and Latitude E6540 have also been refreshed with better specifications. 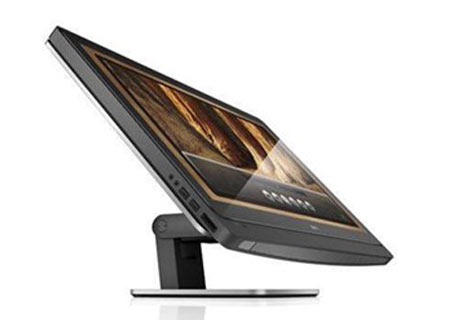 Specs of the 2-in-1 convertible