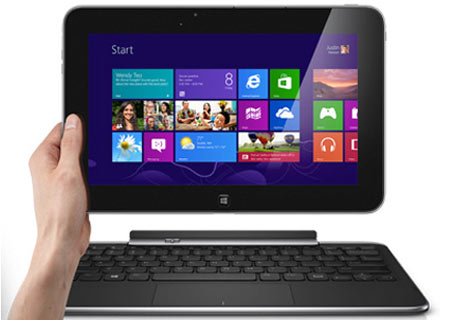 Just out of the blue, Dell has made the XPS 10 available at a much cheaper retail amount by slashing off a hefty portion of its price. The Windows RT tablet can now be purchased for $150 less, making it one of the most budget friendly slates in the market with a Microsoft OS onboard.

The Dell XPS 10 was initially announced back in August last year when the company showcased it at the IFA 2012 along with the convertible XPS 12 Ultrabook. The reduction in its retail value was spotted by CNet. The report mentions that the cause behind the cut could be owing to Windows RT tablets not selling as well as anticipated. Back in April, the Round Rock manufacturer announced a 4G LTE supported version that’s friendly with AT&T’s network. The cellular option increases the value to $100 more. 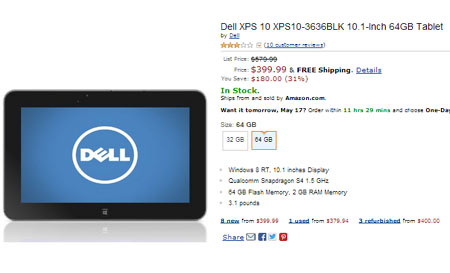 Similar to the HP Envy x2 and the Split x2 hybrids, the device in question is accompanied by a keyboard dock. The tablet unit measures 0.36 x 10.8 x 6.98 inches in dimensions. It weighs 635 grams and with the lower half connected, the device tips the scales at 1310 grams. Visuals are delivered through a 10.1-inch HD display that proffers multi-touch input, while a dual core Snapdragon S4 processor operating at 1.5GHz gets things up and running.

Users will have a 2MP webcam for video calling and a 5MP AF rear camera to capture images as well as footage. Storage options comprise of 32GB or 64GB eMMC flash memory and there’s a microSDXC card slot in tow as well. The tablet houses a 28Wh 2-cell integrated battery that can deliver up to 10.5 hours of activity. With the keyboard dock connected, the overall usage time can be extended to approximately 18 hours and 18 minutes.

The Dell XPS 10 is already available in the US with a discounted starting cost of $299.99 for the 32GB option or $399.99 for the 64GB variant. Both devices are also on sale through Amazon at the reduced retail amounts. 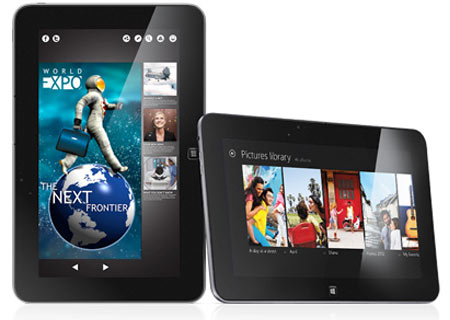