Dell has refreshed its 8-inch Windows tablet series with a new model called the Venue Pro 8 3000 that’s now official and is priced at $200. The new slate is said to be $50 cheaper than the one in the 5000 range and it offers slightly toned down features.

Design-wise, Liliputing is reporting that the Dell Venue Pro 8 3000 is no different from last year’s model. The device flaunts a very familiar form factor and packs an 8-inch 1280 x 800 pixel IPS display. What’s different in this version is that there’s a quad core Intel Atom Z3735G Bay Trail SOC instead of the Atom Z3745D chipset. 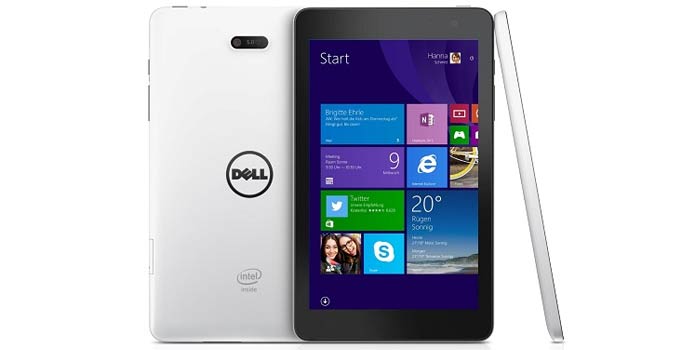 Performance-wise, there will be a noticeable difference, but mainly in the graphics department. Also, the RAM has been dropped down to 1GB from 2GB. On the upside, storage has remained at 32GB and there’s a microSD card slot onboard as well. Other features of the slate include a 5MP rear camera and a 1.2MP front snapper.

The tablet comes with Windows 8.1 pre-loaded and Dell is throwing is a free subscription to Office 365 Personal for 1 year. Sadly, you won’t be getting a free copy of Office Home & Student 2013 like in the 5000 series.

The Dell Venue Pro 8 3000 will go on sale starting November 4 and it’ll initially be available in Germany.