At the Siggraph 2013 conference, the Dell Precision M4700 laptop was officially unveiled with claims of it being the ‘thinnest and lightest’ and mobile workstation in the world. Being the latest addition to the Dell Precision series, this rig comes with high end components including top of the line processors from Intel and Nvidia. What’s more, the company also took the wraps off the UltraSharp 32 monitor which is the ‘biggest and sharpest’ addition from the Round Rock company.

To back its claims of being super slim and lightweight, the Dell Precision M4700 is just 18mm thick and it weighs around 2.04kgs. Unlike the previous generation M4700 and M6700 mobile workstations which pack third generation Intel CPUs, the latest model will be deployed with a Haswell-based Core i7 quad core processor and Quadro K1100M graphics from Nvidia. Under the lid, an IGZO panel with multi-touch input delivers visuals at up to Quad HD+ 3200 x 1800p resolution. Apart from having the hardware worth drooling over, the Dell Precision M4700 is also ISV certified. 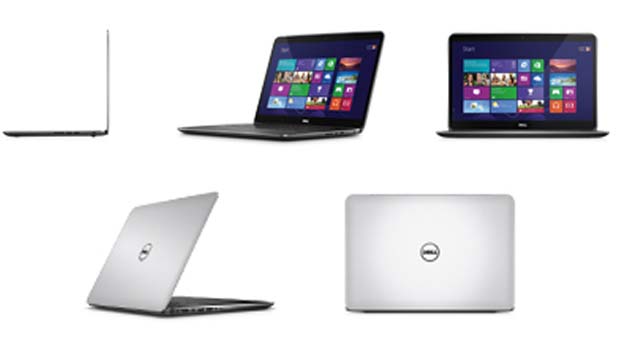 Hit the video embedded below for a quick look at the Dell Precision M4700. The UltraSharp 32 monitor is said to be optimized for use with the company’s workstations lineup. It features Ultra HD resolution with IGZO screen technology and is primarily aimed towards creative and design professionals operating in the fields of video editing, animating and game as well as application development amongst others.

We’re yet to see the complete list of specifications for the Precision M4700 mobile workstation. Apart from shipments scheduled for later this year, there’s no concrete word on the price and release date details for the laptop or the UltraSharp 32 monitor.