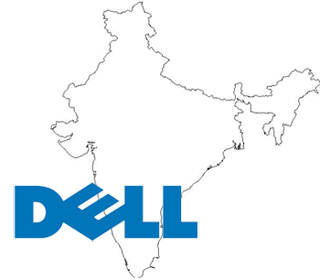 Dell will now be manufacturing notebooks and desktops in India as today, the company announced the commencement of production at its latest manufacturing facility in India.

The new facility is located at Sriperumbudur near Chennai in the south of India and was reported about by us in January this year.

The ceremony was marked by the handing over the first ‘Made in India’ desktop PC to Infosys, one of Dell’s largest Indian customers, and more importantly, one of India’s largest IT companies.

Mr.Anandan said, “It is a truly significant day for Dell and we are thrilled that our first Made in India computer is being received by Infosys. The success of our business has always been about being close to and understanding and meeting the needs of customers better than anyone. Current and future customers in India are the real beneficiaries of this manufacturing plant as we help simplify information technology for them.”

Dell commenced work on the project three months after formally selecting the Chennai site in September 2006. Sriperumbudur in Chennai, India is the company’s third manufacturing location in its Asia-Pacific and Japan region.

The Chennai Dell facility is located on a 50-acre site with a planned five-year investment of around US$ 30 million. Dell expects the initial capacity for the Chennai operation of 4,00,00 desktop computers yearly.

In fact, the opening of this Dell facility in Chennai marks an important beginning not just in Dell’s local manufacturing, but in attracting companies that make up the supply base which typically follows the company to new locations.