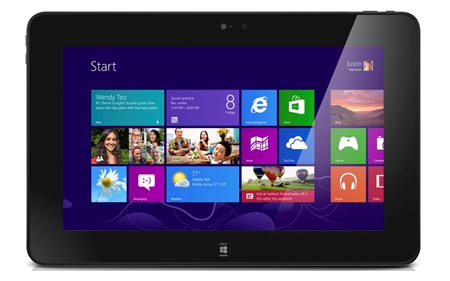 The starting price for the Dell Latitude 10 Essentials tablet has been set by the company at $499, in an effort to present a more affordable proposition for students and teachers. This is nothing but a stripped down version of the tablet of the name which is selling right now at a cost of around $650. Even with its changed configuration, it still maintains the Windows 8 branding and other important traits as well.

The Latitude 10 Essentials differs from its earlier version in a few departments that contribute towards the drop in its cost. Firstly, it houses a sealed 30WHr battery which is claimed by the company to be ideal for school environments. And then, only Wi-Fi and Bluetooth 4.0 have been tendered as its connectivity options, discarding the WWAN attribute of the original. Moreover, an mHDMI port and a rear LED flash have also been abandoned for the new version. And lastly, a passive stylus has been made optional, as opposed to an active stylus. 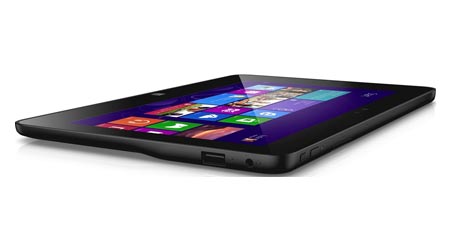 Other than these little changes, all other traits of the tablet have been kept the same by Dell. A 32-bit version of Windows 8 makes its way into it, letting users make the most of the platform’s touch-based qualities and its Metro user interface. And its dock connector only helps users exploit the offerings of the said OS. This slab carries a 10.1-inch IPS Wide View Angle LCD screen which is able to throw out its visuals with a resolution of 1366 X 768p. It has been granted a Corning Gorilla Glass coating as well.

A 1.5GHz Intel Atom processor keeps the device going with assistance from a 2GB DDR2 SDRAM clacked at 800MHz. Furthermore, an Intel Graphics Media Accelerator also makes its way into it. And as far as its imaging options are concerned, a 2MP front snapper as well as an 8MP rear camera have been added to its portfolio of features by Dell. 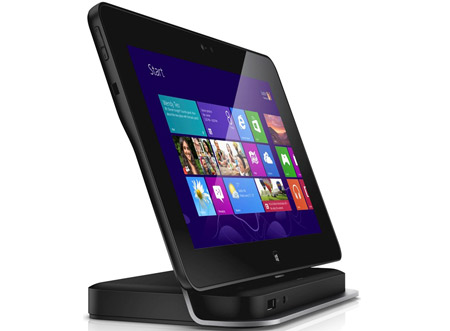 In its 64GB version – which is available already – the Dell Latitude 10 Essentials tablet will sport a tag of $579. But the base cost which is placed at $499 is for a 32GB model that’s scheduled to be launched in the US during the coming months.