Dell halts sales of Chromebook 11, says there’s too much demand

Google Chromebooks have been growing in popularity and Dell is witnessing it firsthand as its Chromebook 11 is seeing huge demand in the US. Sales of the laptop have been temporarily halted online and it’s been several months since the device has been made available.

PC World notes that company isn’t able to keep up with the demand and has stopped taking orders. The Dell Chromebook 11 is also listed as unavailable online. However, education customers can still book the device by communicating with sales representative. 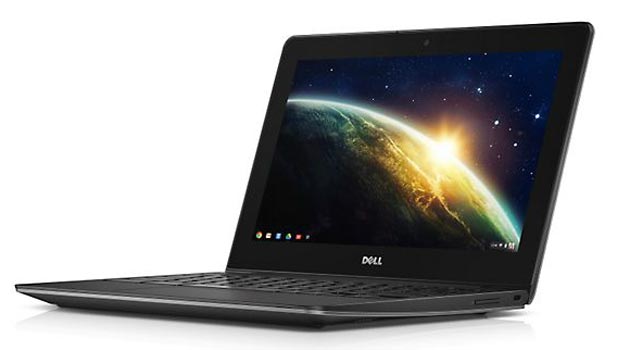 The Round Rock giant has confirmed that it will start selling the notebook once again through its online store, but is yet to provide a specific date of availability. Owing to this, potential customers might turn their sights to the competition like Acer’s popular Chromebook C720 and HP’s Chromebook 11, both of which are selling for $199 and above.

In other news, Google Chrombooks are most likely to get more affordable in the coming months. Recently, support for the low-power and cost-effective Cortex A7 chipset has been added by MediaTek and we’ve already seen Rockchip showcase its model running on the said SOC. At the cost of performance, prices are most likely to fall below $199.

As mentioned above, the Dell Chromebook 11 has been on sale for several months and with demand being reportedly high for the laptop, there’s no official word on how many units have been sold so far.