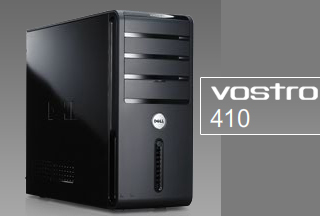 Dell has launched its first eco-friendly desktop named Vostro 410. Dell claims that the new desktop is capable of saving up to 47 percent in annual energy costs.

The desktop is equipped with Intel Core 2 Quad processors, 512MB graphics cards and 800MHz system memory. The larger CPU cabinet allows to store up to four hard drives and supports up to 3TB of local storage and memory.

The Vostro 410 will be available in UK from tomorrow at a price starting from £229 /€349 excluding VAT and delivery. Also, it will soon be available in North America, Asia, Middle East, Africa and the rest of the European counties.