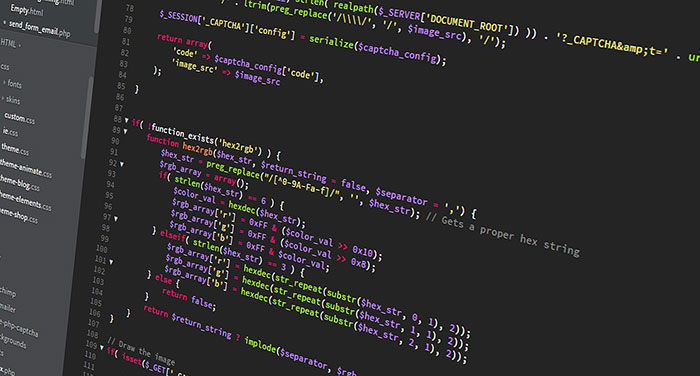 These days each of us carries around a phone in our pocket to which many are almost umbilically attached. Our phones have become no less than personal computers, and oftentimes they are hosting a large number of applications. Think of a product, game or service, and there’s an app for it. If there isn’t, you can be sure that one is in the works! That’s why app developers are constantly in demand, and it is a very lucrative industry to be involved in. For that reason, many people are interested in becoming involved in this field. But just what does that involve, and what type of work does an app developer do on a typical day? We are going to give you a clearer picture of what this job entails, and hopefully it will give you some insights into this fast growing industry.

When you work as an app developer, in all but the smallest companies you can expect to be working as a part of a team. Of course, there is a thriving market for freelance app developers as well, and in these cases you will most often be working alone from home, although there will doubtless be a collaborative element to your work even then. An app developer is basically a type of software engineer. This specific field has grown rapidly in recent years, in the main due to the increasingly wide-spread use of smart phones. Most large companies are now keen to develop apps so as to appear more prominently on these devices. Convince a customer to download your app, and you have achieved a major gain on the competition. For example, by downloading an app for one hotel booking site, you are more likely to use that site in future rather than any of its rivals. This is why developing an attractive and user-friendly app has become so important today.

Companies in just about every field use apps these days, as there is hardly any commercial activity which does not rely on the internet at least in part. In fact, many of the largest companies in the world are now entirely web-based, such as Facebook, Google, Amazon and so on. Naturally, each of these has their own app, and there is a very good chance that you have at least one if not all of these installed on your phone right now. Leading online gaming sites such as Casumo and Pokerstars are among those which rely on applications to funnel business their way. Most online casinos will have a mobile version of their site which can be accessed via an app. With more people using phones over any other device to go online, the value of such mobile apps cannot be overstated. Even businesses which provide a physical service like electricians or taxi companies need an app these days. After all, who wants to be searching around for contact details when you can get in touch simply be tapping the screen of your phone?

App developers will generally be given an outline of the specific application that they are tasked with creating. They will then have to try to meet the needs of their client or company, by working in tandem with graphic designers and data scientists so as to create a user-friendly app. Apps can be created for a specific operating system like Apple or Android or Windows. Often an app developer will specialise in creating an application for a specific OS, but it is common for different versions of the same app to be created in order to suit the different requirements of each operating system. An app developer will need to completely understand the needs and requirements of the customer in order to be able to produce a quality product. This is a job that requires an ability to solve problems, to work under time constraints and as a part of a larger team, as well as having a creative mind.

Becoming an app developer will require you to have a firm grasp of different coding skills. For example, if you are developing applications for mobile phones you will typically need to be able to write programmes using C, C++, Java or Python. Good communication skills are vital, as you will be expected to work with a variety of people in different areas, including management, customer support, graphic design, finance and of course your own teammates. You will not only be creating apps, but also involved in testing and creating updates for the existing or future applications. The good news is that app developers can expect to earn a very good salary, as the position has become increasingly important in this internet age.