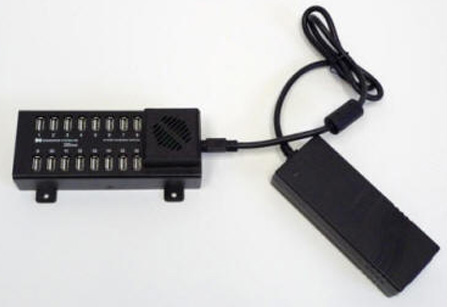 To help avoid the hassle of hunting down several charging points for a number of iPads in a single space, the Datamation Power Pad 16 offers to juice up sixteen Apple tablets at a time. Not only does this look like a suitable charging solution for iPads, but it is also made to be compatible with iPhones and iPods.

The capacity to accommodate over a dozen Apple handheld devices may make this system sound like it could be a tad bit bulky. But the dimensions specified are 6.75 x 3.75 x 2.2 inches and the company conveys this to be a convenient size for being placed freely on tables. What’s more, the charging unit can also be housed under counters or mounted on walls. Flaunting sixteen USB ports, the device is expected to deliver a power supply of around 2.1A per iDevice, which is apparently considered optimum for iPads, iPhones, and iPods.

“The PowerPad 16 can be placed in a cabinet, cart or carrying case. It can also be mounted on a table, wall or under a counter,” commented Joe Mazza, Vice President, Datamation Systems. “It is perfect for tech centers, trade shows, traveling labs and training centers.” 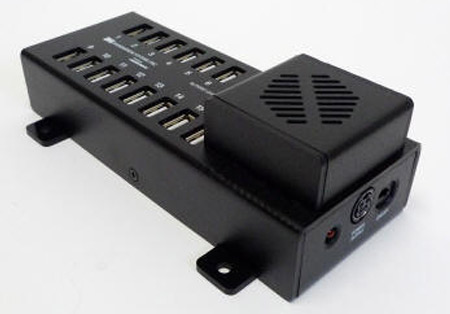 Although the peripheral has not been developed as a universal USB charger, it may be used with other devices which can be powered using a standard Apple USB-connected AC adapter. This lets buyers utilize the durable unit with several other gadgets as well. Nonetheless, the company hints towards the development of a similar all-inclusive charging port in the near future.

The Datamation Power Pad 16 release date and price details are still under wraps.