DARPA robot prototype to do the weightlifting for marines and soldiers 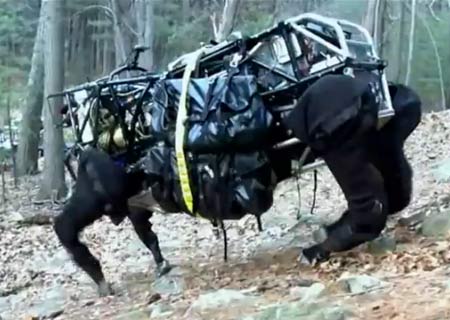 The Legged Squad Support System or LS3, is the latest DARPA robot prototype that’s built to provide marines and soldiers some much-needed assistance when it comes to carrying around equipment. This piece of machinery is expected to undergo a number of tests that involve transporting large amounts of dismounted gear through various field exercises.

Since physical strain, fatigue and degraded performance are usually caused due to the load carried around by army recruits, this four-legged robot should make things much more convenient for them. Through a series of experiments, features including the ability to move gear amounting to around 400lbs over a trek that’s said to be 20 miles long will be tested and validated. What’s more, the machine will have to achieve its objectives without being refueled along the way. 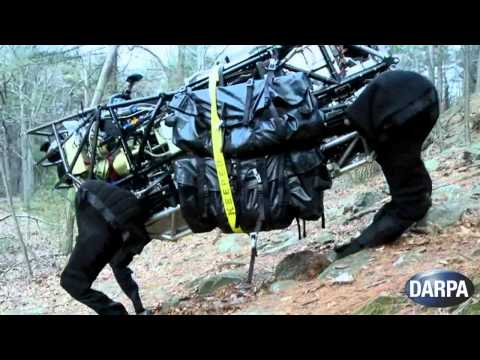 “If successful, this could provide real value to a squad while addressing the military’s concern for unburdening troops,” commented Army Lt. Col. Joe Hitt, DARPA program manager. “LS3 seeks to have the responsiveness of a trained animal and the carrying capacity of a mule.”

In addition to the aforementioned attributes, various others will also be put to the test, such as the LS3’s ability to track specific objects and avoid obstacles encountered along its path, through the vision sensors. The hearing technology which the robot is equipped with is likely to be demonstrated as well. To pass this, the machine has to follow certain verbal commands like ‘stop,’ ‘sit’ or ‘come here,’ given out by squad members. It can even be used to recharge batteries for radios and handheld devices through the mobile auxiliary power source.

The Legged Squad Support System or LS3, DARPA robot prototype is built based on the Big Dog technology as well as various other DARPA robotics programs.