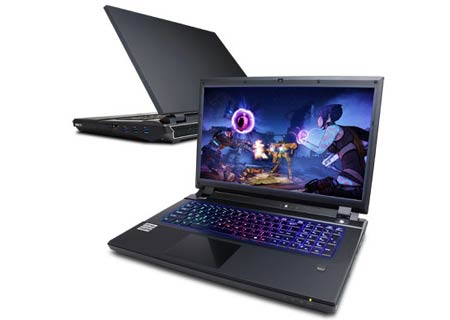 The CyberPowerPC Fang III Taipan is here and it’s said to be amongst the ‘most customizable’ gaming notebooks packing in dual Nvidia GPUs and a third generation Intel Core processor. To top it off, buyers will be able to throw in a host of add-ons to make the most out of the rig.

Being the latest addition to the Fang series of customizable computers, the laptop is built specifically for gaming. Well, this rig is no Razer Blade when it comes to design. Owing to the plethora of high-end specifications, the notebook weighs roughly 8.6 pounds and in terms of dimensions, it measures 16.5 x 11.54 x 1.55 inches. The company has placed a 17.3-inch 16:9 LED-backlit full HD display under the lid for visuals. And fitted within the lower half of the Fang III Taipan are options from the Core i7 Ivy Bridge processor lineup including the 3GHz i7 3940XM Extreme Edition CPU. 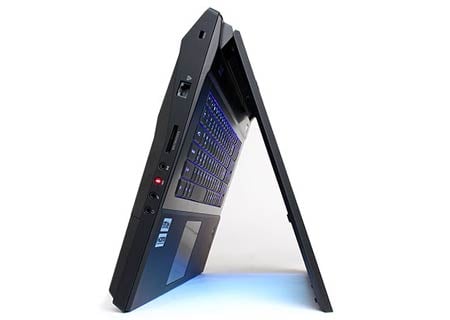 Users will also be able to throw in up to 32GB of dual channel DDR3 memory. Complementing the 1080p display are various entertainment features including an Onkyo sound system with a built-in subwoofer, a pre-loaded 9-in-1 card reader, a 2MP webcam, options of a DVD or a Blu-ray combo drive and the Windows 8 OS. For storage, users can incorporate RAID 0/1 supported SATA HDDs and an SSD for quick boot ups. The laptop can be employed with dual GeForce GTX 680M GPUs operating in SLI mode for a rich gaming experience. 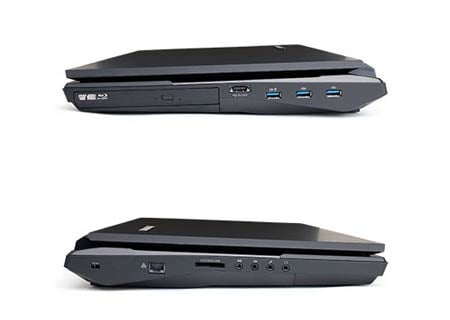 The suggested release date for the Fang III Taipan laptop is October 26, the very same day Microsoft plans to commercially launch its Windows 8 platform. The laptop’s price starts at $1,819 for the base model.