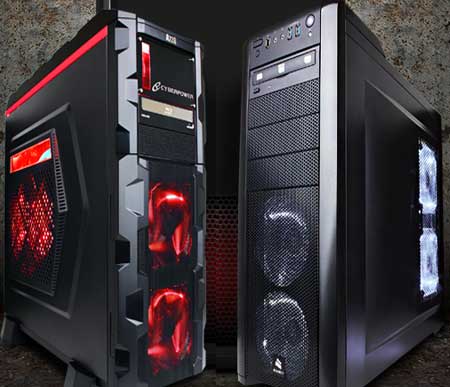 The CyberpowerPC Fang III gaming PCs have been unleashed onto the tech scenario and they don’t shy away from boasting of a stylish edge or the features for enhanced gameplay. The Fang III series includes the Black Mamba as well as the Rattler, Viper and Cobra systems. The range begins from dual core CPUs to the hexa core extreme edition for ardent gamers out there.

First up amongst the CyberpowerPC Fang III gaming PCs is the Fang III Black Mamba which is fueled by a second generation Intel core i7 Extreme edition processor and is complete with the company’s Venom Boost technology to be overclocked at 30 percent. CyberpowerPC’s Advanced Hydro liquid cooling kit has also been integrated. The multimedia experience is taken care of by the set of liquid cooled Nvidia GTX 590 video cards in quad-SLI mode. Some of the other features on the spec sheet read out to be a pair of OCZ 120GB SSDs, a 2TB HDD, 16GB DDR3 quad channel memory, an LG 12X Blu-ray rewriter and 7.1 audio. The system is complete with the inclusion of the Razer Lycosa gaming keyboard and a Razer Lachesis mouse.

Next in the line is the Cobra which incorporates a second generation Intel Core i7 processor with Venom Boost for a 20 percent overclock spec. Sporting the Azza Fusion 400 chassis, the rig is fitted with the Nvidia GTX 570 graphics card, 1TB HDD and Blu-ray combo drive. Additionally, other features like liquid cooling and 16GB DDR3 quad channel memory is in place for action packed gaming sessions. Then there is the Viper which embeds the second generation core i7-2600K processor overclocked at 10 percent. Graphics are delivered with the help of the DirectX 11-ready AMD ATI Radeon HD 6870 card. 8GB memory, a 2TB HDD, water cooling and a Blu-ray combo drive are some other standard features present in the system. 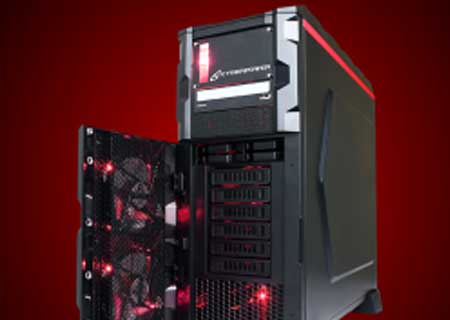 Just like its counterparts, the Rattler Fang III gaming PC runs the Microsoft Windows 7 Home Premium OS. It incorporates an Intel second generation Core i7 processor which has received a 10 percent Venom Boost. This may not be the only detail that it shares with the Cobra since the Ratter is also fitted with the DirectX 11-ready AMD ATI Radeon 6850 graphics card. A 24X DVDRW and Asetek 240MM water cooling have been employed for users. Plus, players will also have 8GB memory and 1TB SATA II hard drive at their disposal. The aforementioned PCs can be customized to deliver immersive 3D Vision technology.

The CyberpowerPC Fang III gaming PCs are now up for grabs on the company’s official website. The Rattler, Viper, Cobra and the Black Mamba rigs can be purchased at starting prices of $999, $1249, $1999 and $4999, respectively.