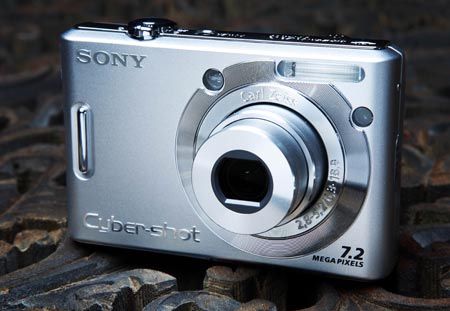 It’s that time of the year again, when loads of cameras are launched, and we, the consumers have a wide choice to choose from. Just last week, Canon had launched the PowerShot A550 and A460. Now it’s Sony’s turn to launch two new W Series Cyber-shot cameras, W55 and W35 which do not compromise on looks, useful features or even amazing imaging performance.

Moreover, shots can also be framed by using the optical viewfinder as an alternative to the 2-inch LCD screen. The Sony Cyber-shot W55 offers an even bigger picture with its easy to read 2.5-inch screen. 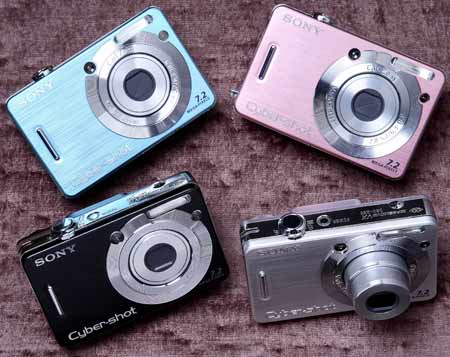 The Sony Cyber-shot W55 digital camera has a brushed aluminium face and come in exciting colors to choose from like vibrant blue and candy pink, besides the silver and sleek black versions.

Something great about the Sony Cyber-shot W35 and W55 a digital camera is the fact that they are very user-friendly. The Function Guide provides an on-screen description of each shooting mode. This makes it really easy for the user to choose the right mode for a subject.

Secondly, in order to make any adjustments, pop-up icons confirming flash, macro, self timer and other settings show up on the camera. Then, users are also provided with on-screen guidance on the most appropriate print paper size and number of shots available with remaining memory.

For an even greater sense of convenience, the Sony Cyber-shot W35 and W55 digital cameras also incorporate a ‘Direct Play’ button that switches instantly to playback for quick confirmation of shots.

The Sony Cyber-shot W35 and W55 digital cameras sport a very energy efficient design that manages to deliver around 380 shots between charges. So now, there is absolutely no chance of missing special moments.

While uploading and managing pictures using a connected PC, the Picture Motion Browser Ver 2.0 software simplifies the process. The accessories that are supplied with the Sony Cyber-shot W35 and W55 digital cameras include a wrist strap and USB/AV cables to connect the camera to a television or any other compatible display device.

The features of the Sony Cyber-shot DSC-W35/W55 digital cameras are noted below: