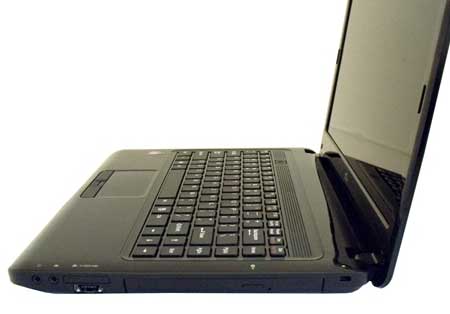 Adding to the existing options of laptops in techville is the CTL MB40U Ubuntu notebook which has recently been announced by the company. Folks who are looking for a Linux-based system may want to give this offering some consideration since it employs the 64-bit Ubuntu 11.10 platform.

The portable PC wraps in a 14.1-inch widescreen LED LCD proffering up to 1366 x 768p resolution. Sporting a 13.54- x 9.35- x 1.33-inch chassis, the gadget tips the scale at 4.85lbs. It integrates a UMA Intel graphics card responsible for delivering the visuals to viewers. Key options read out to be a 1.3MP webcam, microphone, Wi-Fi, Bluetooth and integrated 10/100/1000 LAN. Powered by the Intel second generation Core i processor, the gadget is complete with up to 8GB DDR3 memory.

“CTL is very pleased to introduce our line of notebooks and desktops based on Ubuntu version 11.10. Ubuntu has emerged as one of the most popular and user-friendly Linux operating systems in the market. With Ubuntu, users can have full desktop experience supported by a robust ecosystem and a full suite of free applications. CTL will be offering more Ubuntu based products in the future,” comments CTL’s COO, Erik Stromquist.

The laptop is fitted with a 6-cell lithium-ion battery which proffers the juice for up to 6 hours on a single charge. Additionally, the notebook also has three USB ports, two audio jacks, an HDMI and a VGA output as also a 3-in-1 SMR card reader in place. As for music lovers, there are the onboard HD stereo audio and stereo speakers for enhanced audio. The standard specs can be customized to upgraded ones, with the various options being available through ctlcorp.com.

The CTL MB40U Ubuntu notebook is now available on the company’s official website and can be purchased at a starting price of about $449.