Electronic Arts and Crytek GmbH have announced the release date of the Crysis Warhead. The game is going to ship to the European retail stores by September 12 and retail stores in North America on September 16. 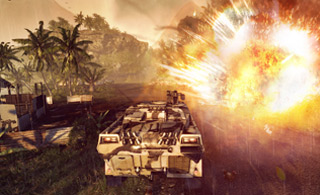 As of the now, the game is all set to be pre-ordered. Gamers can pre-order Crysis Warhead at an EA store for $5 less than the full retail price, ie for $24.95. EA is also providing a $10 saving offer on the purchase of both, the Crysis Warhead and Crysis.

“We think Crysis Warhead is going to offer a tremendous experience to a wide range of gamers,” said Cevat Yerli, CEO and President of Crytek. 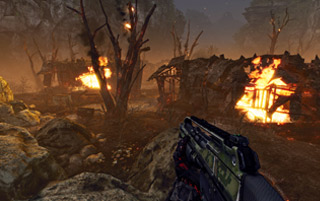 “Fans of Crysis are going to enjoy more of the open-ended gameplay, cutting-edge visuals and huge, epic battles from the first game, while also finally finding out what kind of havoc Psycho was wreaking on the other side of the island.”

“At the same time, we designed Warhead to be more accessible for gamers new to the Crysis franchise. It is a game with a story that can stand on its own, it has been optimized to run better on a wider range of PCs, and we are introducing Crysis Wars, a tailor-made experience for multiplayer gamers within the Crysis universe – all at a great value.”

The Crysis Warhead, second part of the Crysis Universe, is set on a different island than that featured in the Crysis. It features three multiplayer modes that include TeamInstantAction. The TeamInstantAction mode is new match type which enables the players to merge with entire team in the team based environment and match the fast-paced action. Also featuring is the Instant action mode for the insanely chaotic gameplay and the team-based PowerStruggle, from the previous Crysis. To accompany the gamers in their game strategy, Crytek also provides six new maps for TeamInstantAction and InstantAction, and one for PowerStruggle, plus a support team for the Crysis Wars teams.