Crysis Regional Tournament, India Finals to be held at Skoar! 2008 this Weekend 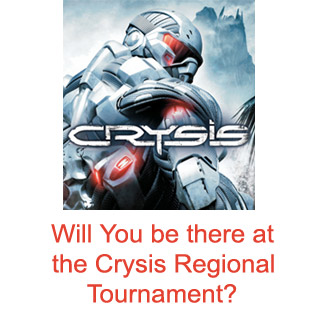 The Crysis Regional Tournament is set to kick off this weekend in India, announced Electronic Arts. The event is slated to take place at Skoar! 2008 and is an initiative to zero on the best Crysis player in Asia Pacific.

Cevat Yerli, chief executive officer and President of Crytek said, “Crytek is constantly striving to push the boundaries of design in terms of both game play and technology. We really wanted to make a new, unique multiplayer experience and we’re really excited that EA Asia is giving us the opportunity to showcase Power Struggle across the region.”

Jon Niermann, President, EA Asia added, “Crysis is one of the most stunning, beautiful PC games in history. Through this modern video game, EA hopes to further foster interactive community exchanges in Asia Pacific and the regional tournaments and EA Play are just the beginning.”

While the qualifier rounds will be held on 25th and 26th January, on Sunday – the 27th January the cut-throat finals will take place.

Following this, the eight best gamers in each region will represent India at the regional finals slated to be held at EA Play 2008 in Singapore. The final winner will be crowned at the Asia Pacific Crysis Champion.

So will you be there at the EA Crysis Tournament at Skoar! 2008?