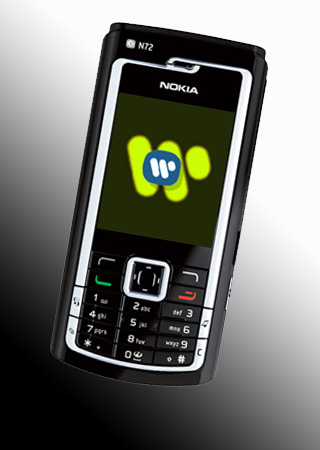 Nokia, the Finnish mobile giant has tied up with Warner Music Group. This association will bring the tracks under Warner titles right from the legendary singers to the new artiste, under the “Comes with Music” service Nokia is offering. These tracks will also be available on the Nokia Music store.

The ‘Comes With Music’ service will allow the Nokia users to download their favourite music all through out the year and what more? The users can keep all their downloaded music with them even after the subscription ends.

This is not the first time though that Nokia has tried to seriously promote the downloadable content unlike other mobile service providers. Last year in December Nokia had signed deals with Universal and in April this year with Sony BMG.

Its tie-up with Warner makes it the company with three major music labels working with it to popularize the mobile brand and its content. This move by Nokia looks like a step against the services that charge per track.

The Comes With Music will be available later this year and will be provided only in selected areas. The pricing details of the service have not been released and neither has it been specified as to which Nokia handsets will be featuring the ‘Comes With Music’ service.