Croma has earned the bragging rights of being the second Indian company to release its own Windows 8.1 tablet. Well, the retail giant hasn’t launched just one, but two slates and they’re both powered by the Intel Bay Trail processors with highly affordable price tags. 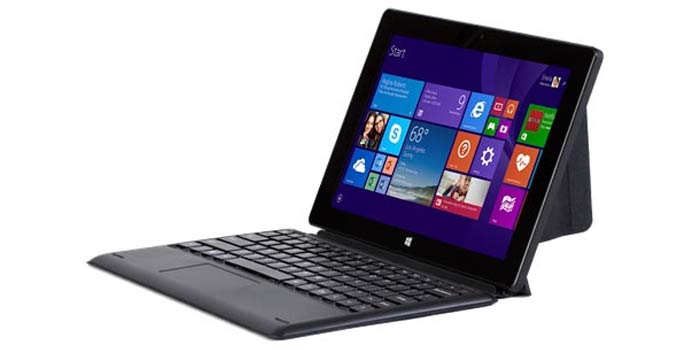 There’s a microSD card slot as well and the company has thrown in dual cameras, 2MP front and rear. A 5000mAh battery gets things up and running. The second tablet is the Croma 1177 which offers a 2-in-1 convertible form factor where the display can be docked to a keyboard for a notebook experience. This 10.1-inch device delivers the same specs as its smaller sibling, but also packs 3G cellular support.

Xolo was the first Indian OEM to launch its Windows 8.1 tablet in India. The slate which is branded as Win was priced at Rs 19990 and featured an AMD Temash processor. Sadly, it has been permanently discontinued according to Flipkart, in just over a month of going on sale. Then there’s the Micromax Canvas LapTab that never made it to the market mainly due to issuesd Google and Microsoft are having with dual OS devices.

The Croma 1179 and 1177 will go on sale starting next week through the retailer’s online and local stores across the country.

Facebook
Twitter
Pinterest
Linkedin
ReddIt
Tumblr
Flip
Previous article
Verizon is updating the LG G Pad 8.3 to Android KitKat
Next article
Acer Iconia A1-713 is one of those voice calling tablets and it’s out now at Rs 12999