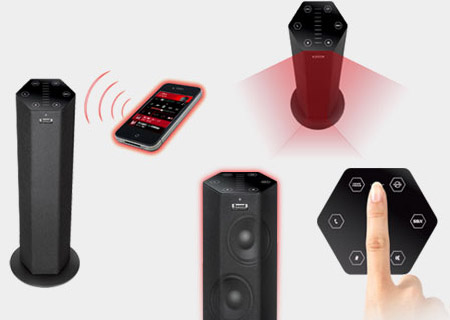 Creative has announced a new range of Bluetooth speakers with in-built microphones, called the Creative Sound BlasterAxx. Two of the entrants in the line-up can be used with devices including Android phones and tablets, the iPhone and the iPad, in addition to PCs and Macs.

The range gets its odd-sounding name since it is powered by an ‘axxelerated’ multi-core audio processor backed up by several technological inputs. Two models, the SBX 20 and SBX 10, will feature Bluetooth capabilities for wireless transmission, while the third, the SBX 8, will allow connection to a PC or Mac through USB. 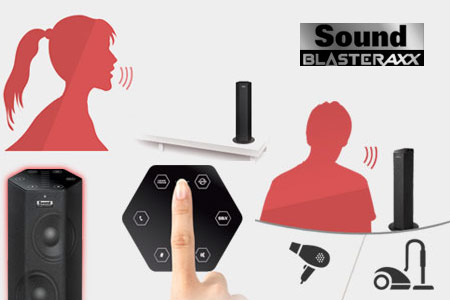 He continued, “Sound BlasterAxx provides absolute freedom, total control and convenience from just a touch on their mobile devices, enabling users to completely customize their listening experience for music, movies and games. Plus it’s amazingly simple to use! Installation is as easy as inserting a USB dongle – just simply insert-and-go, nothing else! And it requires virtually no power – in fact, I’ve banned the unwieldy power adapter together with its cable and plugs! This not only saves money for the users, it’s a small but meaningful contribution towards saving the environment.”

The SBX 20 and SBX 10 offer connectivity with Bluetooth-enabled devices apart from utilizing a stacked stereo design to output audio. A backlit touch-sensitive panel is studded with a few control buttons and there is even an aux-in port for a wired connection if needed. Besides these, the two designs also feature noise reduction and voice focusing technologies for an improved experience. The last speaker ‘tower’ in the Creative Sound BlasterAxx range is the SBX 8, which is smaller than the SBX 10 and won’t have wireless connectivity options.