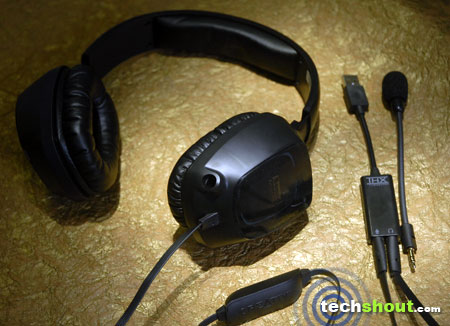 The Creative Sound Blaster Tactic3D Alpha headset that we’re about to press through a review is the base product of the company’s current gaming audio lineup. Well, gamers nowadays obviously don’t just look forward to visual experiences through graphically rich content alone. It’s the delivery of clear acoustics and surround sound effects which add to that realistic feel. And whether this peripheral is capable of doing so or not is mainly why we’re reviewing it. To accompany us on this quest is a high end gaming rig which we shall not name. Nevertheless, it’s all we’re going to need for carrying out operations. 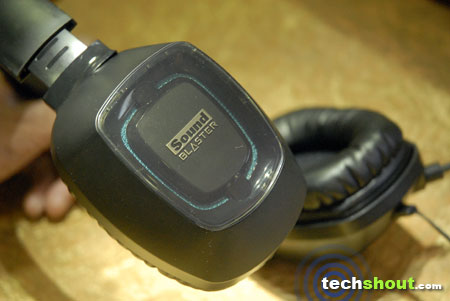 We’re not so sure about the device stored within the box as yet, but the packaging is rather alluring. And it most certainly provokes an ‘I’ve got to have what’s inside’ feeling to it. Measuring a little broader than a standard cereal box, we hastily pulled out the Sound Blaster Tactic3D Alpha headset from its housing. Well that wasn’t all; it also encompasses a detachable microphone and a THX TruStudio Pro Dual Mode USB adapter. Also, for the odd set of users who aren’t well accustomed to setting up peripherals, the headset is accompanied by a quick starter guide containing detailed information in multiple languages. 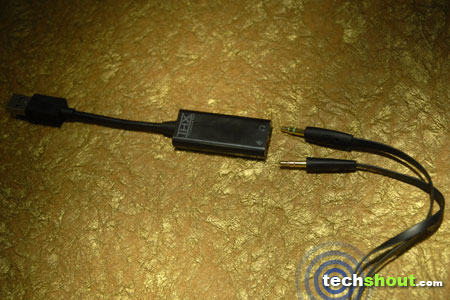 Getting to know the technology used

Now that we’ve got all the components out, it’s really important to know what exactly we’re dealing with. The Creative Sound Blaster Tactic3D Alpha headphones are equipped with 40mm Neodymium drivers to deliver good quality audio performance. And to add to the sound experience, it comes with the THX TruStudio Pro software suite. To get this peripheral up and running, we basically have two viable options – one is to attach the standard 3.5mm audio jacks into the appropriate PC ports and the second is to employ the dual mode USB 2.0 adapter. 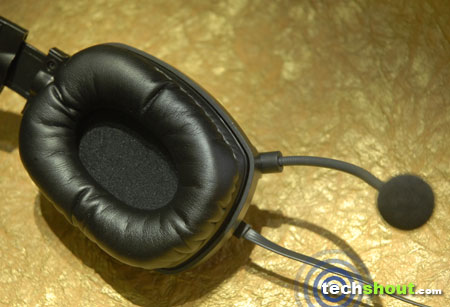 The Tactic3D Alpha most certainly portrays an attractive look when partially concealed within the box, but not so much in the open. Looking at the design, the company has opted for a complete plastic casing that covers the entire surface. And that’s mainly the reason behind the lightweight form factor. However, its structure is rather bulky and for some reason, provides a noticeably fragile feel. Applying more focus towards the build quality could provide higher protection against physical damage to the exterior and the hardware components as well. What got some brownie points was the non-tangle flat ribbon cable that could address one of the most underlying problems faced by users, wire cuts and internal damages caused due to twisting and folding. But we might venture that the design doesn’t match up to other professional gaming headphones out there. 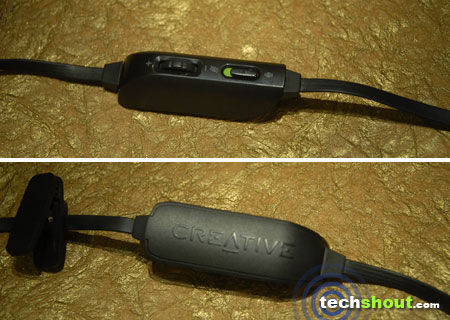 We can tell for certain that looks don’t play that much of a role when it comes to gaming. For spending numerous hours in front of a computer, comfort and sound quality will be what mainly determines whether the Creative Sound Blaster Tactic3D Alpha is a winner or not. Since there isn’t a better way of deriving a conclusion, we put the accessory through hours of intensive gaming and listening sessions. Sadly, it takes us a while to get used to having the bulky peripheral sitting on our heads. We are even forced to take it off every now and then due to heat building up around our ears. Over time, the soft cushions rest well, with adequate comfort to our ears and we manage to pull through a few hours of game-play without any regrets. 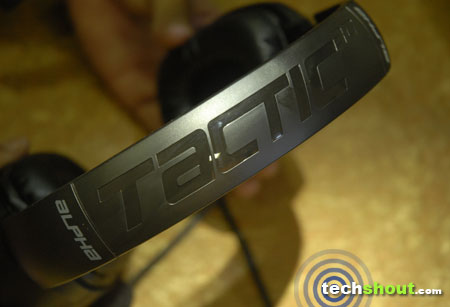 The three companions and their affect on the sound quality

We’re also allowed to connect the accessory to the PC through our integrated sound card or by the THX TruStudio Pro USB adapter. Either way, the audio quality is clear and crisp. Our tests are conducted on two titles from the Call of Duty series namely, Black Ops and Modern Warfare 2. The surround sound effects don’t amaze us that much, but it is indeed a delight playing the aforementioned games in maxed out settings. Through the THX TruStudio Pro software suite, we can adjust the sound properties and personify the output based on our preferences. 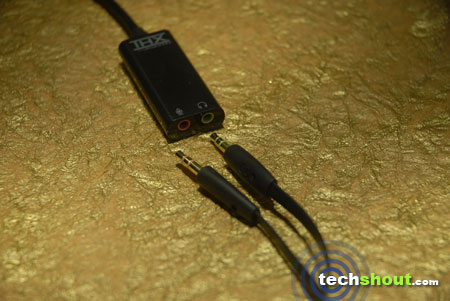 For chatting with players in-game or for voice calling over the internet, the detachable noise cancellation microphone makes one great assistant to the Creative Sound Blaster Tactic3D Alpha. With a few speaker systems turned way up, we manage to record our own voices through numerous software tools and we’re rather amazed with the outcome. On playing back each captured clip, our voices are heard clearly with no distortion caused by background sounds. In fact, the ambient disturbances are barely audible.

The noise cancellation microphone does a pretty good job of eliminating the ambient sounds.

The software suite is an effective tool for adjusting the headphone’s audio properties.

The ribbon cable is highly flexible and doesn’t knot up easily.

The lightweight design makes it convenient for long gaming sessions.

The Tactic3D Alpha can be used on multiple systems like the Xbox, PS3, PC and Mac.

The plastic casing over the accessory gives it a fragile feel.

At full volume, sound emitted through the headset can be heard all over the room.

Provision of an installation CD would be more convenient. It would have not forced us to download drivers through the internet.

There are a couple of drawbacks that we could bring up on the Creative Sound Blaster Tactic3D Alpha. But at the end of it all, it’s the sound that decides its worth. With reference to its multipurpose offerings and support for Xbox, PS3, PC as well as Mac systems, the headset deserves an 8 out of 10 rating. And for a price of around $49.99 on Amazon or Rs. 3,599 in India, we can assure you that this accessory is one of the best gaming peripherals within the segment.