The world’s most valuable company has plenty of secrets to hide. Some are interesting, others are unbelievable but true and several are downright unnerving. So here are 17 dozen baffling facts about Apple, from its secret police to its upside down logo to its Butt-Head Astronomer computer.

Before kicking off, we acknowledge that Apple has a shaky reputation with regards to how it handles labor problems in the Chinese factories churning out iPhones, iPads and so on. These reports are widely known and hence haven’t been included in the following list.


It’s impossible to mention Apple without talking about the genius behind the brand of course. Amit Chaudhary, ex-Apple employee recounted how Steve Jobs dropped the first iPod prototype into an aquarium when the engineers working on it said it was impossible to make it smaller.

As the legend goes, Jobs quietly walked over to the fish tank in question and tossed the iPod into it. Bubbles floated out of the player’s crevices when it was immersed. The air bubbles proved there was still a bit of space in the gadget. “Make it smaller,” he ordered.

Tony Fadell, the chief inventor of the iconic iPod and iPhone, pitched the idea of the music player to RealNetworks as well as Philips at a time when shoddy MP3 players ruled the music accessories business. Both companies turned down his creation since they didn’t see its potential.

The rest, as they say, is history. Meanwhile, over at Real and Philips, the folks who failed to see the promise in the iPod continue to kick themselves in the pants every day as a reminder of that fateful blunder.

# Apple logo used to be upside down

Apple was faced with a conundrum of sorts when it introduced the PowerBook and iBook in the 1990s. If the logo on the lid was upside down from the user’s point of view, they would apparently keep trying to open the laptop from the wrong side. But spinning it around by 180 degrees meant onlookers would see an upside down Apple logo.

It was a case of usability versus aesthetics (and publicity). Usability won. But the decision was reversed a few years later. No matter what Steve Jobs felt, people, are not so stupid as to be unable to get it right after a couple of tries. This is why you’ll catch Apple notebooks with an upside down company logo in some older Hollywood movies.

# Apple has a team of carpenters on call

In Adam Lashinsky’s book titled ‘Inside Apple: How America’s Most Admired and Secretive Company Really Works,’ he reveals that the tech industry’s most notoriously tight-lipped company has carpenters on call to erect doors or walls, frost windows and set up windowless ‘lock-down’ rooms. When carpenters start shuffling around, employees know some big product is being developed.

# Apple has more cash than the US govt

At the start of the fiscal year 2014, Apple was reported to have twice as much near-liquid cash as the US government. This figure ($160 billion) has only continued to grow, as expected. In the second half of 2015, the company was said to boast of $205 billion in cash! Most of this is stored offshore and Apple has raised almost $50 billion in debt in the US to avoid taxes.

Apparently, Apple has newly recruited employees working on fake products to test their loyalty. And in case of a product leak, it would be easy enough to figure out the source of the rumor. An unnamed senior engineer from the company appears to have confirmed this story. Would Apple really spend its resources on dummy projects like this? One can never be sure.

Sagan made it clear that he did not wish to be associated with the product, following which Apple’s engineers changed its moniker to Butt-Head Astronomer. Sagan sued the company twice over this and lost both times. To avoid further lawsuits, Apple issued an apology and the PC’s final internal name was mockingly altered to Lawyers Are Wimps. 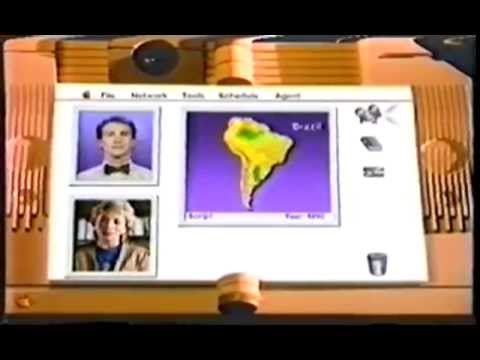 Apple predicted a Siri-like virtual assistant in a concept video produced in 1987. It was called the Knowledge Navigator and paired with a touchscreen display. The scene played out in the clip is supposed to be taking place in the future (16th September 2011) and Siri was launched on 4th October 2011, less than 3 weeks after the ‘predicted’ date. Is that eerie or what?


This might not be mentioned in the terms and conditions, but smoking around an Apple product could void any warranty offered with it! The matter has to do with the health risks associated with second-hand smoke. Residue from smoke is considered as a hazardous substance and allows Apple to weasel out of repairing your device citing OSHA violations.

If you interact with the Siri digital assistant software, know that your information in the form of voice clips is kept by Apple for up to 6 months before being deleted. On top of that, anonymized Siri data may be stored for up to 2 years. Also, unless you shut off Frequent Locations from Settings > Privacy > Location Services > System Services, you will always be tracked on your iPhone.

When you’re on Android, such data is sent to Google. Apple claims its tracking feature is only stored locally on the device to improve the overall user experience. Frequent Locations can tell exactly where you’ve been and for how long. Additionally, Apple was granted a patent in 2015 to enable tracking of a user’s iPhone even when it’s switched off, in the name of anti-theft solutions of course.


When you’re one the world’s most valuable companies, a lot rides on your ability to keep business secrets secret. Apple’s sinister Worldwide Loyalty Team led by ex-FBI agent John Theriault made waves in 2009 when a report emerged about the tough methods they would apply to crack down on leaks by employees already coerced into submission by the potential consequences of revealing confidential company information.

However, things got ugly for Apple in 2011 when its own investigators along with officers from the San Francisco Police Department, raided a man’s home in search of an iPhone 4s prototype that was supposedly misplaced at a bar. Not only did the Apple employees allegedly misrepresent themselves, one member of the search team even threatened to deport his family. Following this incident, Theriault put in his papers.

# Time on iPhone ads is the time Apple announced it


Developer Jon Manning once asked former Apple biggie Scott Forstall, why the time displayed on iPhone and iPad screens are nearly always 9:41 am in promotional material. He replied that presentations are created to allow the star product to be revealed about 40 minutes into the keynote. Apple prefers the time on the gadget’s display to closely match the time on the audience members’ watches. The company doesn’t always stick to this formula, however.

Considering the rest of the crazy stories about the tech giant, doesn’t it seem weird that Apple was founded on April Fool’s Day in 1976? It’s true; check for yourself.

# Its original logo was weird

The company’s original logo (seen above) was a drawing of Sir Isaac Newton sitting under an apple tree. It was too detailed and wouldn’t have translated well into product logos when scaled down to size. Hence, it was replaced by a colorful version of the minimalist, iconic logo consumers are familiar with today.

How much would it have cost to build the iPhone in 1991? Over $3.56 million, according to Bret Swanson. That amount only accounts for memory, processing and broadband communications power though. It may have also been impossible to pack all the technology used in the handset currently, into anything smaller than even a refrigerator back then.

Apple was founded by not two, but three entrepreneurs – Steve Wozniak, Steve Jobs, and Ronald Wayne. Within less than 2 weeks of the company being established, Wayne dropped his 10 percent share in it for about $800 as well as a payout of $1500. That piece of the pie is now worth over $60 billion.

In spite of the Goliath it is seen to be, Apple doesn’t always get it right. It’s got a history of failed products in its portfolio including the Pippin game console, iCloud’s predecessor dubbed MobileMe, the Apple III computer and the Lisa PC, to name a few.