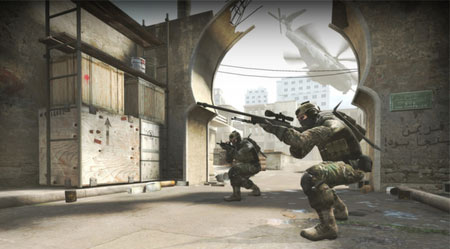 Things are about to get downright hectic for CS fans, as they can now download Counter-Strike: Global Offensive – the latest iteration to the legendary series by veteran developer, Valve. Until its release yesterday, the game was playable by select enthusiasts as a beta, and the developer has also released statistics of this test phase which saw as many as 310,988 participants.

The title is out now for PC, Mac, PS3 and the Xbox 360 as a downloadable. Although it is established on the same iconic gameplay model, it contains a number of new features that include fresh maps, characters, weapons as well as updated versions the earlier content. Valve has announced that it is looking forward to player feedback in order to improve their experiences with the game. The developer has also thanked all those who provided it with early reactions during the beta period.

A post on the official Counter-Strike blog, reads, “Beta testers helped guide the development of CS: GO, but it might not be obvious how extensively they tested the game. As the chart below demonstrates, they really put CS: GO through its paces. We’re grateful to all of you who spent countless hours covering every square inch of every map, testing recoil, tweaking movement, and considering the strategic impact of updates to the game.”

A new Zombie mod for Global Offensive is under development currently and will be launched soon. Another fresh feature is the Map Workshop which will be released as an update later on. This tool will enable programmers to a present their early builds to the community for evaluation, discussion and feedback.