Microsoft has gone official with details regarding the upcoming Windows Phone 8.1 GDR 1 update. The main highlight of this release is the fact that Cortana will be making its way into countries other than the US, including India. While folks living China and the UK will receive a beta version of it, those in Canada, India and Australia will be getting an alpha version.

Microsoft’s personal voice assistant has been available only in the US since the introduction of the Windows Phone 8.1 software earlier this year. Localization was being cited as the main reason for its delay in entering other regions, and this is exactly what has been addressed by Microsoft through the GDR 1 update. 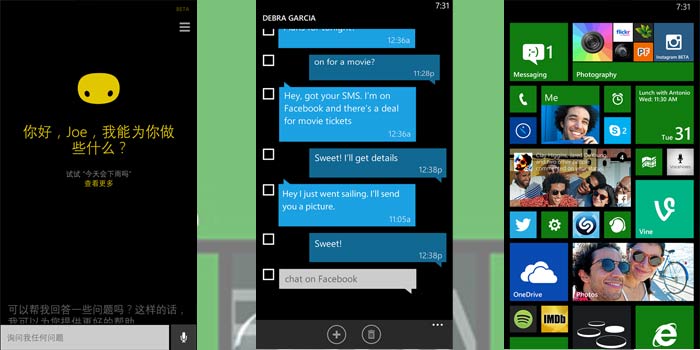 In China, Cortana will be called Xiao Na, and will have a completely new look and sound altogether. Moreover, this localized version will also feature relevant details that people from the country demand, including air quality factors, information on driving restrictions and the facility to track local TV shows and celebrities.

The Windows Phone 8.1 GDR 1 update will also bring localizations for the UK in the form of tailored pronunciations and spellings, apart from updates on domestic sports teams, the London Stock Exchange, commuter conditions and more. Those in the US will also experience some changes, like additional natural language scenarios, snooze times for notifications and an improved personality.

Folder support on the homescreen is another big aspect from this Windows Phone 8.1 update, apart from the ability to mark multiple text messages. The GDR 1 release will begin rolling out as a developer preview next week, whereas a full official launch will take place in the months to come.

Facebook
Twitter
Pinterest
Linkedin
ReddIt
Tumblr
Flip
Previous article
Bolt is Instagram’s answer to Snapchat and it’s out now… but in select countries
Next article
BBM for Windows Phone available for all, but still in beta