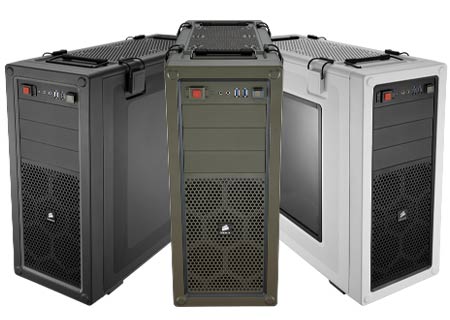 At the PAX East gaming event in Boston, a certain California-based hardware manufacture unveiled its Corsair Vengeance 2000 wireless 7.1 headset and Vengeance C70 PC case. These newly launched products will be available in the US starting June and May of 2012, respectively.

The first wireless gaming headset to roll out from the company, the Vengeance 2000 is equipped with a 2.5GHz receiver module. Through this, users will not only be able to move about freely without the hassle of wires, but also stream audio at a maximum distance of 40 feet. In addition to the noise-cancelling microphone, it employs optimized HRTF positional audio technology and custom-engineered 50mm drivers. Supporting 7.1-channel audio, the peripheral is touted to have a battery life of up to 10 hours and can be recharged through a micro-USB cable.

“Our Vengeance wired headsets have built a loyal following by giving gamers a competitive advantage with detailed positional audio, reliable voice communication, and comfort that lasts over marathon gaming sessions,” commented Ruben Mookerjee, VP and General Manager of the Components Business Unit at Corsair. “The new Vengeance 2000 wireless headset relieves gamers from the hassle of accidentally rolling over cables or ripping their headset connector out of their PCs during the heat of battle.” 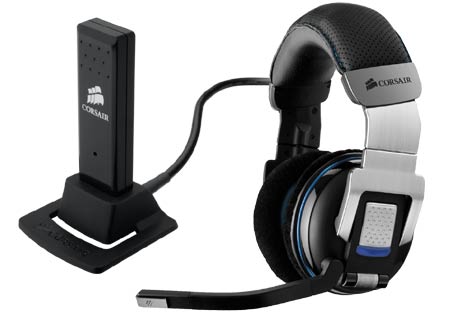 Moving on to the Vengeance C70 computer case, Corsair has fitted it with 8 PCI-E slots for setting up multiple GPUs, dual USB 3.0 ports and 6 hard drive bays that can hold a maximum of 6 SSDs. Along with the built-in carry handles and a steel front panel, the PC cabinet comes bearing 10 fan mounts and it is even compatible with water coolers like the Hydro Series H100 or various other 240mm radiators. Potential users will have a choice of 3 colors namely, arctic white, gunmetal black and military green.

The Corsair Vengeance 2000 wireless 7.1 gaming headset and C70 PC case price tags read as $149 and $139, respectively. As we’ve already stated, the former is expected to roll out in June, while the latter is scheduled to launch sometime during May.