Gorilla Glass NBT is the newest edition of cover glass to have been introduced by Corning, but it is not meant for handheld mobile gadgets. Instead the new Corning solution has been crafted for notebooks and laptops that boast of a touch-enabled display. It has already been made available and will soon grace the panels of a number of portable computers.

One of the main objectives of Gorilla Glass NBT is to safeguard the display from getting damaged and keep scrapes and scratches at bay. Scratches can prove to be harmful as they may lead to breakage of the screen and thus it is necessary to avoid them as much as possible. Apart from resisting scratches, the glass covering can even reduce their visibility when they occur and offers retained strength so the screen doesn’t crack. This cost-effective damage resistant solution claims to offer the kind of performance that customers expect in this particular sector, now that most laptops employ touch-enabled panels. 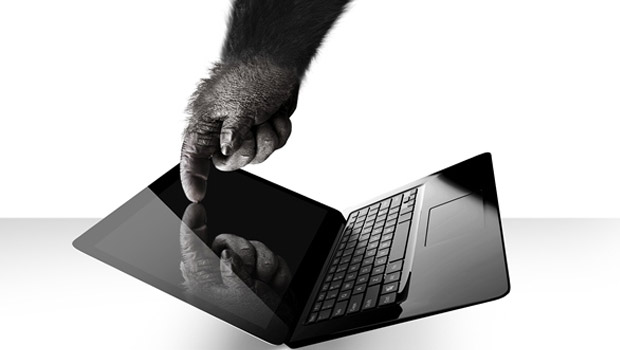 As the maker points out, the physical interaction with a notebook’s display increases if it has a touch panel as opposed to a conventional type of screen. All the swiping, cleaning, tapping and other gestures may take their toll on the display and thus, it is necessary to have a film that works towards reducing the likelihood of damage that can be done to it. Gorilla Glass NBT does just that apparently.

And what’s more, the manufacturer had conducted a research which revealed that complaints regarding scratches on notebooks’ touch panels are already four times higher than that for handheld gadgets. A solution like the one in question should make the laptops’ displays capable of enduring much more wear and tear. 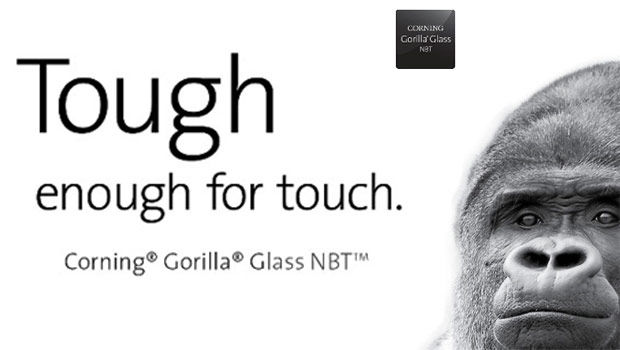 A film of Gorilla Glass NBT will be reinforced on notebooks belonging to various brands that will be unveiled towards the end of this year.