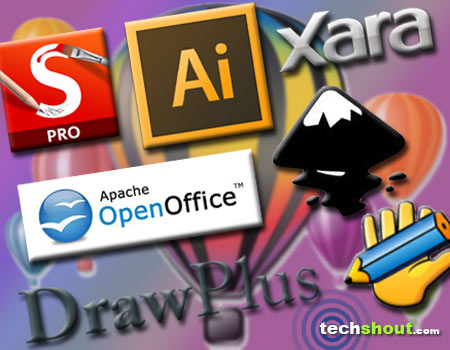 The CorelDraw alternatives listed out here will help you create works of art through your PC. Similar to the software in question, these options also come bundled with a slew of interesting features and tools that will allow you to dish out masterpieces of all sorts. And the interesting part is that most of these apt substitutes foray onto the scenario minus a price tag. This means you won’t have to shell out $399 to acquire the vector graphics editor that’s in the spotlight. You can try out any of these replacements and you’ll see that each one has something special to offer as well. 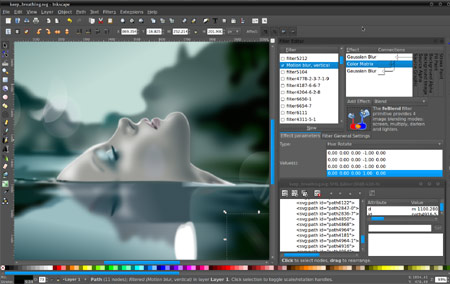 This particular software is looked upon as an open-source vector graphics editor that proffers the capabilities of other similar programs, including the one in question. Inkscape employs the W3C standard SVG file format and comes complete with a handful of advanced attributes that read as alpha blending, markers, and clones, among others. 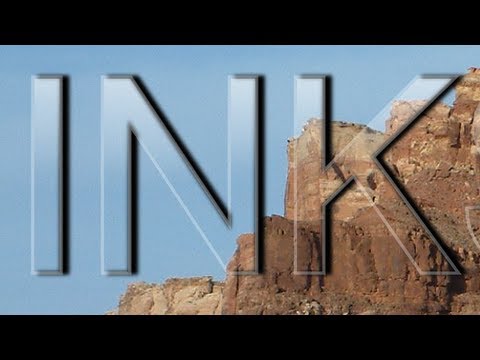 Blessed with a streamlined interface, this user-friendly software enables you to perform complex path operations, edit nodes and even trace bitmaps with ease. You can use the software to create logos, maps, icons, technical diagrams, and web graphics. And as revealed earlier, it’s open-source software and hence can be procured absolutely free of cost. 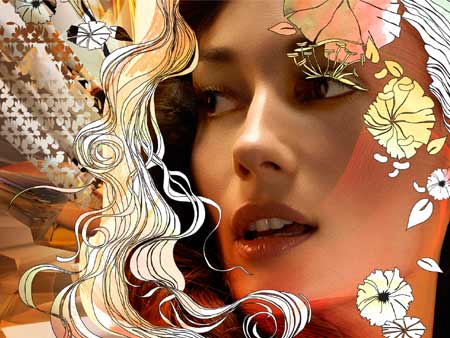 Developed by Adobe Systems, this entrant in our programs like CorelDraw initially made waves across the artistic terrain in 1986. Presently, the latest version sports a new streamlined interface and claims to be more intuitive and faster when pitted against its earlier editions. Some of its features include pattern creation, new image trace, gradients on strokes, inline editing in panels, Gaussian blur enhancement, dockable hidden tools, true white canvas color and color panel enhancements. 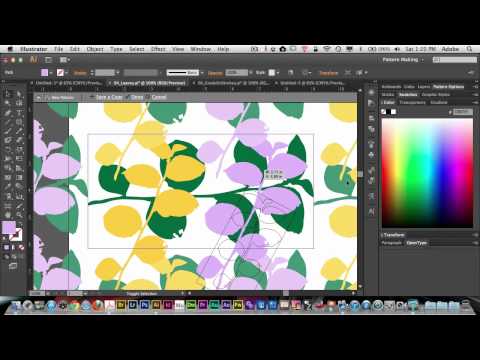 You can acquire Adobe Illustrator either as part of Creative Cloud which will cost you just under $50 per month or as a standalone that’s priced at $19.99 per month. 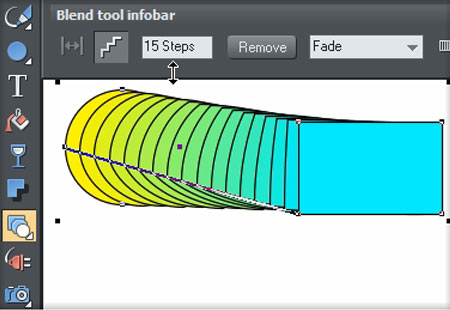 If this name doesn’t ring a bell, it might just be because it’s the new name for Xara Xtreme. And although it’s been rechristened, the flexible illustration tools and capabilities still remain intact. You can rely on Xara Photo & Graphic Designer when you want to carry out a variety of activities such as vector drawings, photo composition, DTP, web graphics, and Flash animation. It comes packed with Direct Action tools, easy drag and drop, infinite undo/redo, solid object editing, top quality screen display, text and page layout, 3D extrude, transparency, blends, live effects, shadows, feathering and more. This one’s available for just $89. There’s also a Pro version that’s tagged at just under $300 and this lets you take full advantage of advanced print and web design attributes. 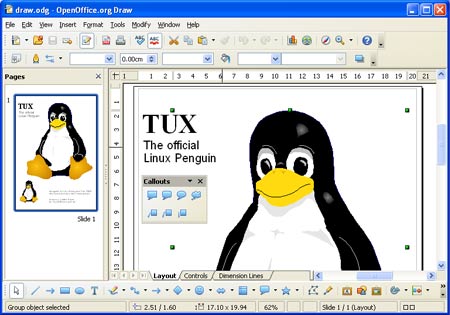 The fourth inclusion in our software similar to CorelDraw array lets all you experts, as well as casual artists, create anything from complex plans to just plain sketches. You’ll even be able to gain one-click access to all your frequently used tools by ‘parking’ them around the screen. A few of the other attributes include styles and formatting, 3D controller, smart connectors, dimension lines, and sophisticated rendering. You can also call on the picture gallery whenever you need clipart. What’s more, you’ll even be able to import graphics drenched in different formats such as GIF, PNG, WMF, BMP, JPEG, and TIFF. This vector graphics editor is bundled up with the Apache OpenOffice suite which can be downloaded absolutely free of cost. 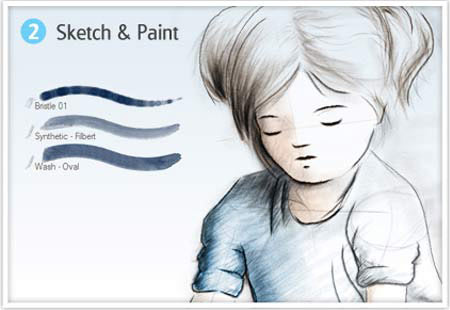 Wondering what you can expect from this productive program? Well, the 2D vector graphics editor is packed with different drawing tools and brilliant effects. When you dive right into its confines, you’ll be offered a plethora of features such as realistic brush, pencil and pen tools as well as blend modes and a text on a path option. 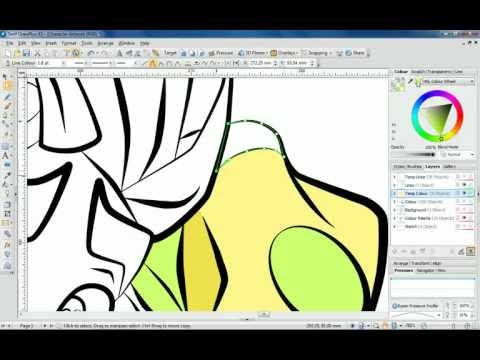 As revealed by the developer, DrawPlus is also compatible with graphics tablets and can be used for designing creative print projects or any sort of web graphics. And the cherry on top here seems to be the $0 price tag attached to it. 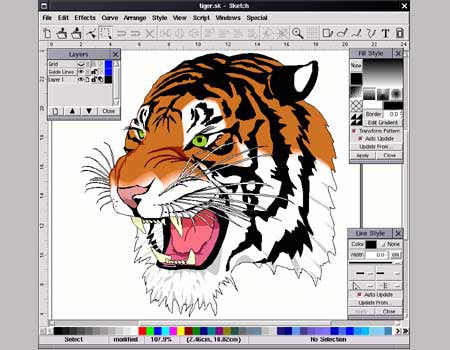 Here’s another contender in our programs like CorelDraw roundup that comes minus a dollar sign. Skencil puts a bunch of flexible diagram and illustration tools at your disposal and even proffers many other interesting features. Some of these read as bézier curves, gradient fills, transformed text and images, blend groups, ellipses and ability to write EPS files. This software can be exploited through different platforms such as FreeBSD, Solaris 8, 9, Mac OS X and GNU/Linux. So go ahead and create masterpieces without having to even pull out your wallet. 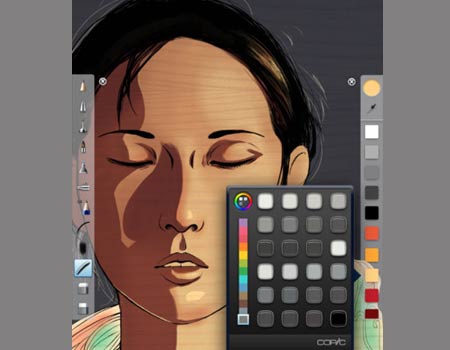 Our last solution is a professional-grade application that will turn your Windows or Mac PC into an artist’s toolkit. Great for illustrators, artists and designers, the Autodesk software sports a user-friendly interface and even works well with pen tablets like Wacom Bamboo, Cintq, Intuos and Windows tablet devices. You’ll be able to espy various attributes such as layers, paintbrushes, pens, airbrushes, pencils, markers and the ability to drag and drop images.

The latest version can be yours after parting ways with just under $60. There are even respective iOS and Android apps for those who like to sketch while on the go.

Tap into your dormant Leonardo da Vinci by exploiting any of the aforesaid CorelDraw alternatives. You’ll be provided with some great tools that will help bring your imagination to life on the virtual plane. So which ones have you decided to use on a personal or professional level? Were they everything you wanted and more? Well, you can leave your comments on the subject in the space allotted just below.