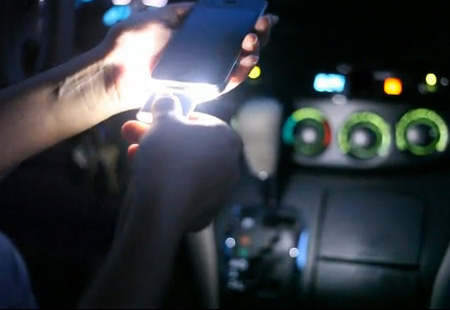 Attempting to take the inconvenience out of connecting an iDevice to a power source in dimly lit conditions, Scrap Pile Labs is waving the CordLite iPhone cable at interested parties. The add-on is basically a charging cable that lights up when users make contact with it. We’re not sure how those who often have trouble finding the cable in the first place, may feel about it though.

The peripheral is built out of stiff plastic and features bead blasted aluminum touch plates. It is just a regular USB cable and promises to serve the functions of juicing up as well as syncing the attached device. The developers have engineered it to offer compatibility with the iPhone, iPod and iPad too. While the body will be painted in black and white, the accessory is also scheduled to arrive with laser patterns. 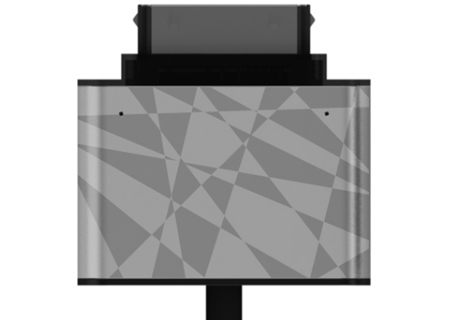 Right now, it’s too late to get the iDevice companion at $25 since Scrap Pile Labs had the said price open to the first 200 backers only. But those who don’t mind shelling out $35 for the chance to stop groping for that charging cable in the dark, can still head out to Kickstarter and order one. The peripheral will also allow itself to be covered in a laser-etched design for $45 or more and this one is certainly not the last deal listed on the page. 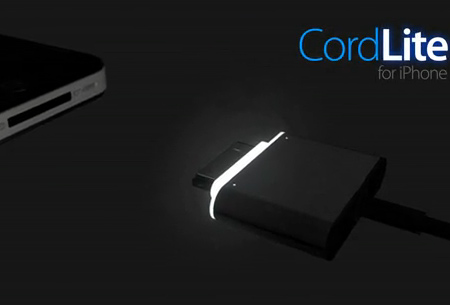 The CordLite iPhone cable awaits $70,000 in funding within the next 36 days so that it can go into production. A microUSB spinoff is also said to be in the pipeline.