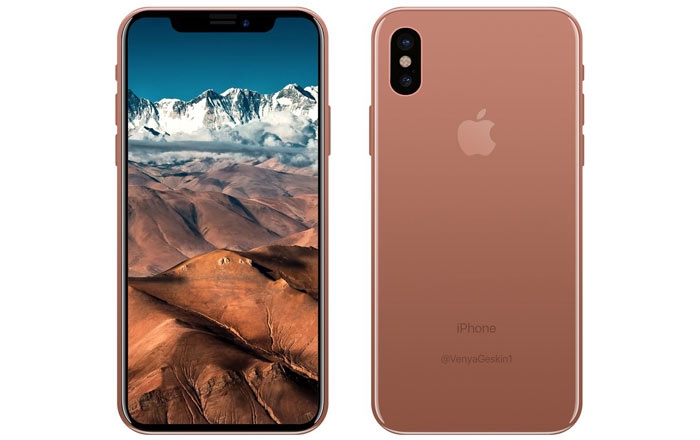 The internet is abuzz with talk of a new copper gold color Apple is planning to debut with the iPhone 8. As it turns out, the shade might be called Blush Gold when it hits stores.

As per a tweet by frequent Apple tipster Benjamin Geskin, Foxconn’s internal name for the new option is Blush Gold. Its barcode apparently says ‘Blush Gold 64GB/128GB,’ an indication that the iPhone 8 model will only be sold in those 2 configurations. The Jet Black iPhone 7 does something similar, with the key difference being that it’s reserved for the higher-end 128GB and 256GB variants.

It should be noted that Blush Gold is a direct English translation of the Chinese name of the color. Geskin himself admitted this in a later tweet, so there’s a chance the actual name could be different. Plus, the shade might be called Blush Gold internally at Foxconn while it’s in production, but could be called something else entirely when it gets announced.

In any case, Blush Gold looks similar to Rose Gold, but with more bronze overtones. Based on the renders and dummy models leaked so far, it looks like a cross between orange and gold, with some pink thrown in for good measure. It’s received a pretty mixed reaction till date, with many calling it downright ugly.

Given the unverified nature of the rumor, the name should ideally be taken with a pinch of salt. We’ll have to wait and see whether any other reports pop up to back up these claims about Apple’s next iPhone.