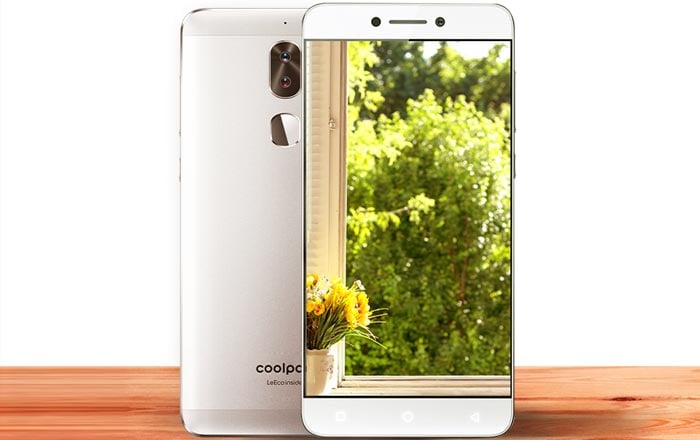 Coolpad and LeEco’s first collaboration has finally hit Indian shores with the arrival of the Cool 1 Dual. The handset initially came out in China back in August this year and has come to the subcontinent with its specs unchanged for the most part.

The Cool 1 Dual will be sold in 3GB/32GB and 4GB/32GB configurations. The former will be sold via offline outlets, while the latter is set to be sold exclusively via Amazon India. Strangely enough, both versions are priced at Rs 13999 in spite of the fact that the first offers less RAM.

Appearance-wise, the Indian Cool 1 Dual looks just like its Chinese counterpart except for the fact that the former’s back bears a Coolpad imprint rather than just a Cool stamp. The attention-grabbing aspect of the phone is its 13MP dual cameras. One focuses on color and the other shoots in monochrome, resulting in photos that are apparently brighter, less noisy, and clearer.

The shooters are additionally accompanied by dual-tone LED flash, 4K video recording abilities, an aperture of f/2.0, and PDAF. An 8MP selfie snapper keeps it company equipped with an 80-degree wide-angle lens and f/2.2 aperture.

A quick overview of the main specifications of the Coolpad Cool 1 Dual:

The Coolpad Cool 1 Dual will be available in silver and gold color options. It’ll hit physical retailers at a later date and Amazon India on January 5.