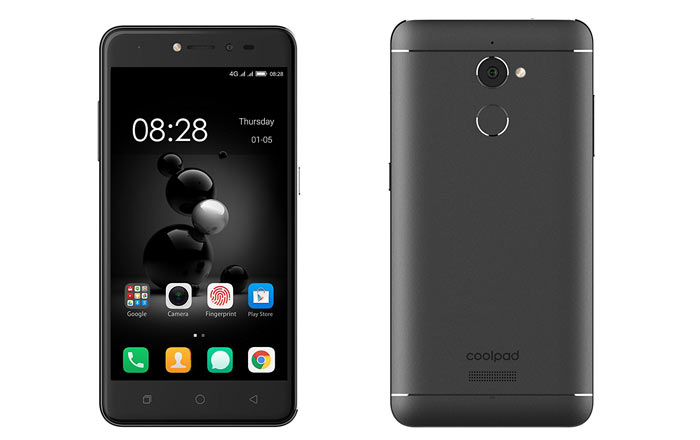 Meant only for sale in the US for now is the Coolpad Conjr smartphone which has just been showcased in the said country. This device will be sold there in the form of a no-contract unlocked model, and will ask for just $180. There’s no word on if or when it will be released in other markets as well.

The new Coolpad Conjr plays home to a 5-inch 720p HD display, and even features a fingerprint scanner that can be found sitting on its rear surface. This 4G LTE device combines the prowess of a 1GHz quad core MediaTek MT6735CP processor and 3GB worth of RAM.

Although its storage space stands at just 16GB, a microSD card slot is indeed present for expansions of up to 64GB. A 2500mAh battery fuels the device from within, while its camera setup includes a 13MP rear unit and an 8MP front snapper, with both of them featuring LED flash modules next to them.

A quick look at the main specs of the new Coolpad Conjr:

We don’t know the exact date on which the Coolpad Conjr will be released, but we do know that it’s now available for pre-order on Amazon and Newegg at an affordable price tag of $180.