Selfie-addicts ahoy! LG plans to reward your self-obsession with a brand new G2 smartphone. The company has announced the #expressyourselfie contest through which it will be giving away 20 of the aforesaid handsets apart from other prizes.

But if you thought this was the brand’s most creative effort to push the G2 in everyone’s faces, its campaigns can get snarkier than that. AdvertisingAge is reporting LG’s Scandinavian banners that recognize the mobile device through which a viewer is browsing the web and respond likewise. 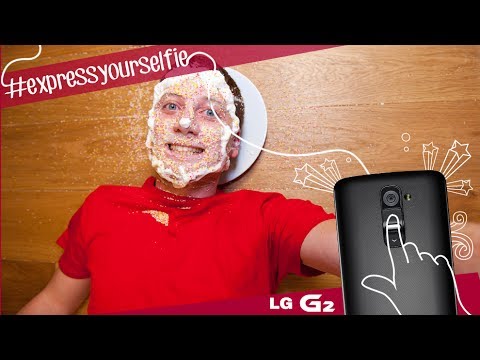 So say you’re an iPhone owner visiting a website on which the South Korean manufacturer happens to be advertising its latest phablet. Apparently, a message saying ‘Hard to read this on your iPhone?’ appears and it also notifies you about the G2’s 5.2-inch screen.

Samsung Galaxy fans get ‘Waiting for your Galaxy to catch up?’ and HTC users are taunted with ‘Tired of charging your HTC One?’ according to the story. And now here’s the UK contest clearly indicating that LG intends to grab the maximum number of eyeballs it can for the G2 device.

How to enter #expressyourselfie contest 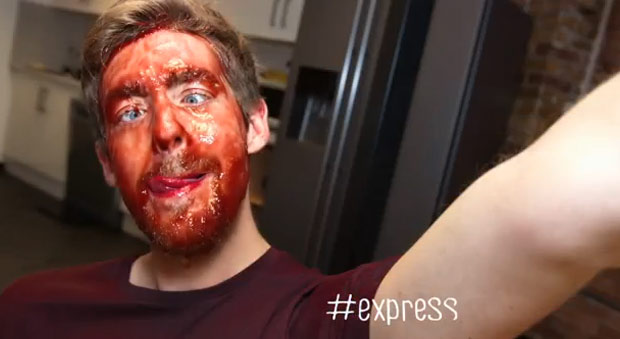 The video announcing the competition highlights the unusual placement of buttons on the LG G2 and talks about how useful this is for taking pictures of yourself. If you wish to participate, here’s what to do:

– Check out the video above to see just what the company may be looking for in a prize-worthy selfie; jam on your face, rotten tomatoes in your hair, an expression that little kids’ nightmares are made of or so on and so forth.

– Next, take the desired selfie and upload it via Twitter or Instagram with #expressyourselfie attached to it. Or you can upload it via Facebook from here. Then twiddle your thumbs and wait around for the winner to be declared the following day.

Do note that the contest is only open to UK residents aged 18 years or above. It will run until November 10 and winners will be picked on a daily basis. Participants can only submit one self-portrait a day and this need not be taken from an LG phone.