Competition in wearables is heating up: Google’s reply to Microsoft Scroogled Store

Google is officially a transitive verb according to the dictionary. But what about Microsoft’s anti-Google campaign going by the term Scroogled? It’s shopping season again and Redmond has found the perfect way to make it work. You can now go to the Scroogled Store and have your pick from merchandise poking fun at Mountain View’s love for collecting personal data from users.

There’s a coffee mug as well as a T-shirt saying ‘Keep calm while we steal your data.’ Then there’s a shirt with Scroogled and a word cloud containing ‘synonyms’ liked fleeced, wire-tapped, extorted, scammed, conned, swindled, duped, double-crossed and more surrounding it. You can also wear one with the Chrome logo and lines ‘I’m watching you’ or ‘Step into our web.’ 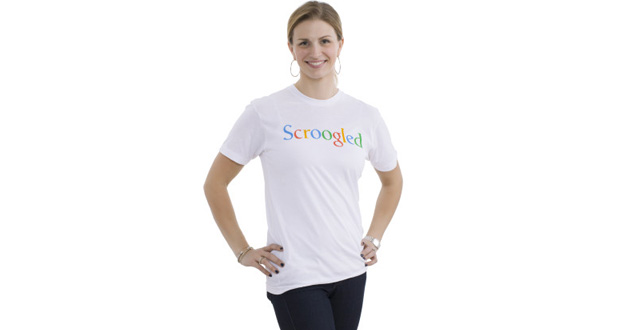 Of course, if you prefer going with a plain old Scroogled logo, you can get it on a cap, hoodie or T-shirt. The truth is, Google has been pushing it for years now. The company had brazenly (and quite creepily) noted that Gmail users and those who mail them even from other services can’t expect privacy. Shopping results are paid for in Google Commerce.

The company’s new search algorithm christened Hummingbird highlights its appetite for advertisement revenue quite sharply. Here’s the story on it. For its part, Google has chosen to react to the newly opened Scroogled Store with a statement reading ‘Microsoft’s latest venture comes as no surprise; competition in the wearables space really is heating up.’ 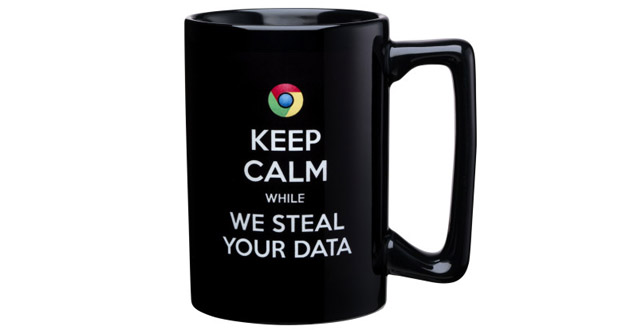 On the neutral side, who doesn’t try to sell ads to consumers? Everyone has their own style of doing it. Whether Google is taking it too far or not probably depends on the way each individual who uses its products sees the situation.