With an aim of providing the common man in India with an extremely affordable Internet phone solution, BSNL has taken the veil off the Bharat Phone which it has priced at Rs 1,099. At a time when the definition of affordable handset is fast becoming India-made Android smartphones, this comes as quite a surprise from the state-owned telecommunications company.

The Bharat Phone is Java-based and provides compatibility for two SIM cards at a time. It has been designed to run special e-governance applications, and it has moreover been optimized for Internet access as well. Both these attributes have been thrust into the phone in order to ‘empower’ the common man, says BSNL chairman R.K. Upadhyay. 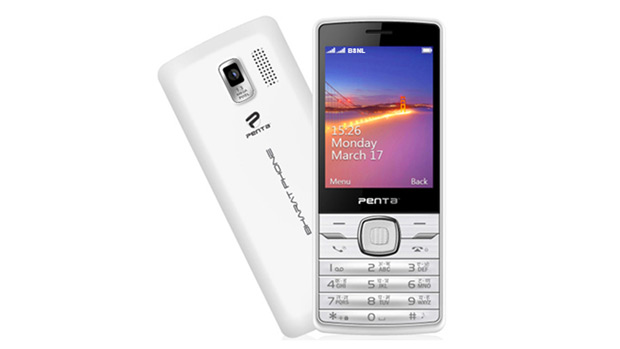 Pantel Technologies Ltd is the manufacturer of this device. A proprietary Java-based operating system has been pushed inside the Bharat Phone by this company, helping it deliver support for applications meant for mobile banking, tele-healthcare delivery and streaming data delivery. Outdated Java based games, as well as audio and video files will be easily available to be downloaded on it.

The Bharat Phone’s design is highlighted by its 3-inch display. For basic photography needs, there’s a 1.3MP camera placed on its rear surface. 64MB worth of internal storage and an equal amount of access memory also form part of its offerings. This device has been equipped with a 1800mAh battery that’s being claimed to offer 8 hours of talktime and 15 days standby time.

Like we said, the Bharat Phone has been priced by BSNL at Rs 1,099. It will come bundled with 1200 minutes free talk-time says the company.