There’s a unique kind of delight that’s felt when you find something you never knew you needed. That’s exactly what we felt upon discovering Commander One, a Mac-focused file management solution from Eltima, which can do wonders for your productivity. Essentially, it aims to replace Finder with a similar-looking interface and a massive number of new features. Let us delve into all its offerings, in order to better convey its properties.

The main selling point of Commander One is that it’s a dual-pane file manager. This means you can have two different paths open at a given time. Transferring files between two paths hence become extremely easy. You can either directly copy and paste them or use the drag-and-drop method. Apart from reducing the clutter that’s caused by multiple windows, this also enables a more streamlined approach, saving you a good deal of time overall. 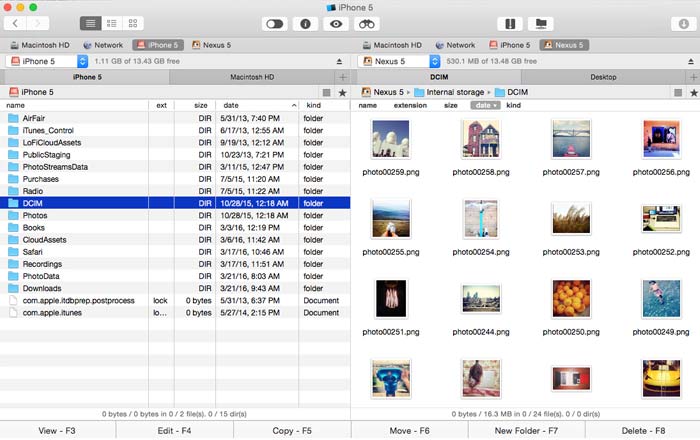 Commander One also comes with support for hotkeys. You can find them by entering its Preferences section. An extensive list of default hotkeys is ready for you there, so all you need to do is mug up the ones you need the most. Since we are in the Preferences section, let us also talk about the Appearance tab that’s present there. It features themes that can be set according to your liking. You can use the color wheel to change the colors of the background, text, and selections, and this section even lets you alter the fonts used by the program.

Coming back to the main interface of Commander One, it may look a bit crowded at first, so you would need to spend a few minutes with it to acquaint yourself with the features. The window is split in the middle to create the dual-pane view. Inside each of these panes, you can create new tabs moreover. This solves the problem of needing to have more than two windows open at once. In fact, since you can open unlimited tabs in each window, Commander One ensures that no matter how complicated your usage scenario is, it has got you covered. 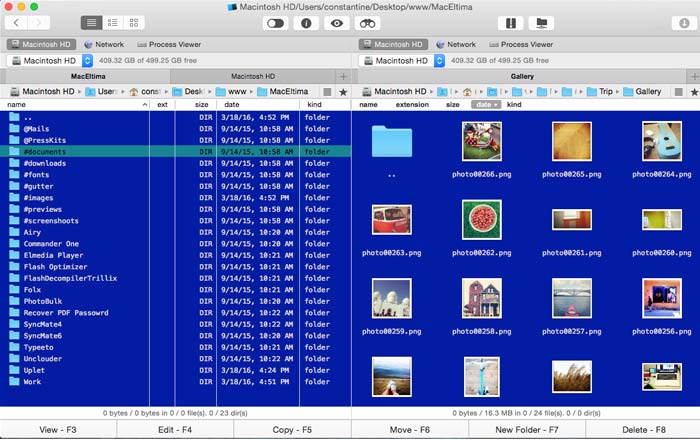 Primarily, this software shows the contents of your local drive, but you can switch to viewing the contents of your network as well, apart from all the processes that are currently running on your Mac. And even if you connect an external storage device to the computer, it will immediately show up in Commander One. The few tiny buttons on the top are also pretty useful. There’s one for toggling the view for hidden files, which get immediately shown once it’s pushed. And then there’s one for running a specific search inside a particular folder. This option can be used to run advanced searches as well, owing to its RegExp support. The software’s compatibility with ZIP files is yet another one of its useful features. Not only does it allow you to extract or archive files, but it also enables the opening of a ZIP file as a folder.

These being all the features available via the free version of Commander One, the paid version called the Pro Pack is also very inviting. Among other things, it offers you the ability to mount your iOS and Android devices and browse their contents in a manner you’d access them through Finder. That’s not all, one of the Pro Pack’s other big traits is support for mounting your FTP client, Amazon S3 client or WebDAV client. This even means that your Google Drive, Dropbox and OneDrive accounts can also be mounted, to be accessed as regular local folders. This is exactly what Eltima’s other offering CloudMounter does, which is why they’ve included it in the Pro Pack of this software. 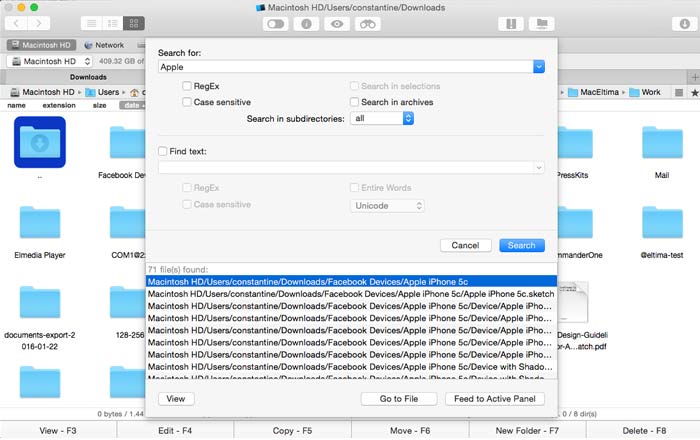 Commander One’s Pro Pack costs $29.99 for a single Mac and a discounted $99.99 for 5 Macs. Eltima is offering a 50 percent discount if you can show proof of having purchased any competing products like Transmit, ForkLift or Path Finder. The software can be downloaded through its official website as well as through the Mac App Store, but the latter is devoid of a few features like the command line, the terminal emulator and the ability to mount iOS devices.