Coming soon to India: HTC Desire 500, a cheaper alternative to the 600

HTC is all geared up to launch the One mini in India, but that isn’t the only smartphone it has lined up for release in the country. The Desire 500 recently popped up on multiple online retailers which suggest that an official unveiling isn’t far off.

The handset is the third addition to the latest Desire series in India, the first two being the Desire 600 and the 600c. The device was officially announced back in July in Taiwan and it has also gone on sale across Europe. Unlike the other two handsets, the 500 doesn’t have BoomSound speakers, but it does share various other features such as Android 4.2 Jelly Bean with Sense 5, BlinkFeed and Video Highlights. 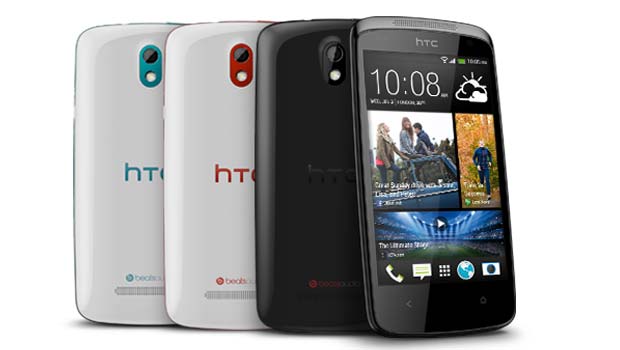 Apart from these, the handset is also equipped with a 1.2GHz quad core Snapdragon 200 processor, 1GB of RAM and 4GB of internal storage. Visuals are delivered through a 4.3-inch WVGA touchscreen. The company has employed dual cameras, a 1.6MP front snapper and an 8MP shooter with a BSI sensor and ImageChip. With the 1800mAh battery, the phone can deliver around 12 hours of talktime or 435 hours of standby on 3G.

The HTC Desire 500 is yet to appear on the company’s website and while there’s no official price or release date, it can be pre-ordered through Snapdeal by paying an advance of Rs 999. According to the retailer, the phone should be in stock during the first week of October.