With the kind of backend architecture and integrated services Google has at its behest, the new Home platform looks like a success right from the start. This speaker which Google unveiled during its I/O conference will give the Amazon Echo a serious run for its money.

Google Home turned out to be the first and the only big hardware announcement at the keynote. Its design includes a cylindrical housing consisting of a white colored top portion and a speaker base, the color of which can be chosen from a variety of options.

This new accessory will focus on three main aspects, namely entertainment, managing your daily tasks and of course returning Google searches which will be powered by the newly unveiled Assistant platform. For entertainment, it integrates completely with Google Cast, so you can control everything from your other speakers to your televisions sets by giving voice commands to Home. 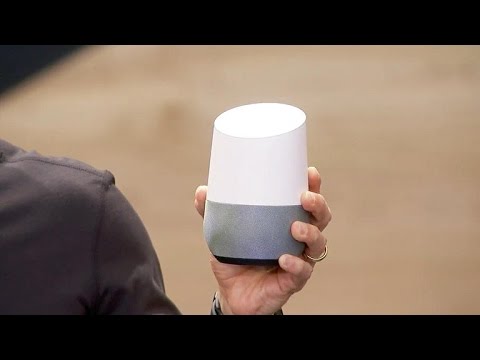 Other than that, it also lets you control your alarms, lights and Nest products for home automation. And then there’s support for Google Assistant which expands its attributes furthermore.

Home will be a direct competitor to Amazon’s Echo when it’s out this fall. The Echo works on a platform called Alexa which enables it to perform similar functions to those of Google’s product. But due to the integration of the search giant’s other services, Home definitely has a huge advantage against its rival device.

Google Home will be released on an unmentioned date late this year. Its all-important price too has been kept under the wraps. If you’re interested in knowing more about it, you can sign up to get updates through this link.