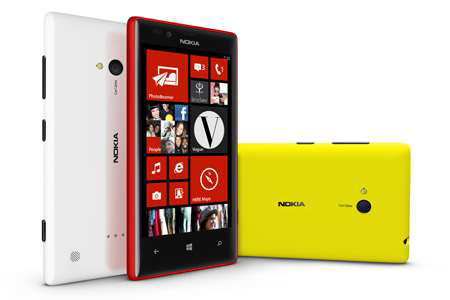 While a price of £300 (including taxes) has been attached to the Nokia Lumia 720, its release date through retailer Clove in the UK, is pegged for April 1. The device first furtively peeked its head out at us just recently, having been outed by a Postel listing and then seemingly confirmed soon after.

Just like the 520, the Lumia 720 via Clove doesn’t get the entire spectrum of color options and buyers will have to settle for just the black version. It does come with a 4.3-inch ClearBlack IPS display though, retaining the former’s 800 x 480 pixel resolution. And of course, Windows Phone 8 is the platform of choice. 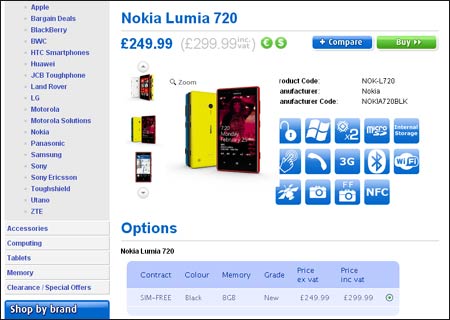 Aiding users in their photography exploits is a 6.7MP camera on the rear with LED flash and auto focus with a 2-stage capture key. There is even a 1.3MP front-facing snapper for video calls which can be made over 3G networks or by connecting to the Internet over Wi-Fi. Bluetooth 3.0 and USB round up the other connectivity options.

Taking charge of processes and in place to manage tasks is a 1GHz dual core Snapdragon S4 processor which gets help from 512MB of RAM. The 8GB of internal memory ensures that there’s enough space to store all users’ content and apps. And if more space is needed, the handset also accepts microSD cards of up to 64GB in capacity. 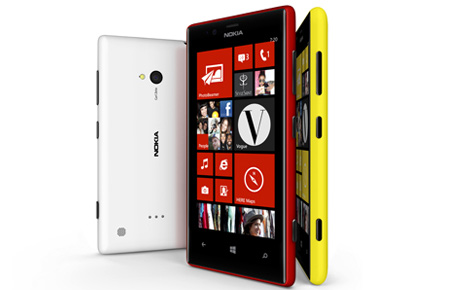 The 2,000mAh battery is no ordinary power unit. It is capable of being charged wirelessly, via a special accessory cover and as claimed, it can deliver about 520 hours of standby on 3G networks. Meanwhile, talk time on 2G should be approximately 23.4 hours.

At the MWC it was announced that the Nokia Lumia 720 would be made available sometime in March, while it is scheduled for a release via Clove a little late it seems. And according to the retailer’s official blog, all orders will be charged immediately, with the option to cancel standing until shipping begins. 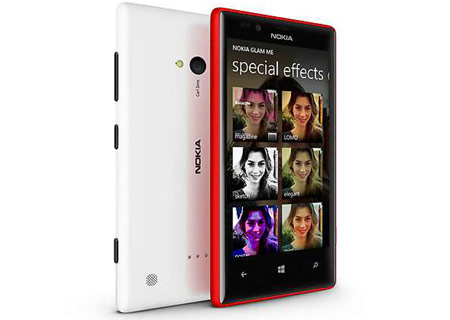 Have a look at its specifications.