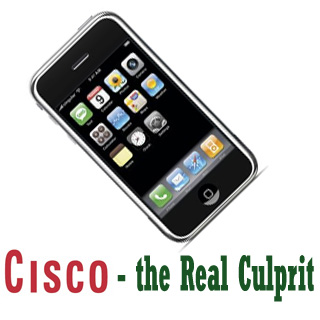 Some days back we had reported about the iPhone Mystery that was spreading around Duke University, wherein a few of the devices had ended up knocking out huge sections of the University campus’ wi-fi network. What was really surprising somehow was that only the Duke University and no other spot was facing a problem of the similar nature. But now there’s some interesting progress on the issue.

Duke University officials have worked rigorously with Apple and network-equipments giant Cisco, and have come to the conclusion that Apple’s iPhone is not the real culprit. This decision was taken after Duke’s technicians became aware of data requests sent in tremendously large numbers (18,000 per second) to the University’s Wi-Fi network. Initially, the technicians felt that the 150 Apple iPhones present inside the camp were to be blamed, who were also apparently requesting a router address that did not exist.

At the time, Kevin Miller, assistant director, communications infrastructure, with Duke’s Office of Information Technology, was certain that Cisco was not to be blamed for the clogging, stating that he has his doubts that the problem is connected to Cisco “in any way, shape or form. However ironically, it is Cisco who is being finally caught guilty of the entire mess.

Duke ‘s chief information officer, Tracey Futhey, has now officially declared that “Cisco worked closely with Duke and Apple to identify the source of this problem, which was caused by a Cisco-based network issue.”

Though details about “the issue” were not provided, Cisco made a prompt move and restored things to normal.

“Cisco has provided a fix that has been applied to Duke’s network and there have been no recurrences of the problem since.”

This incident speaks volumes about the quality of the Duke IT system more than anything to do with Apple.